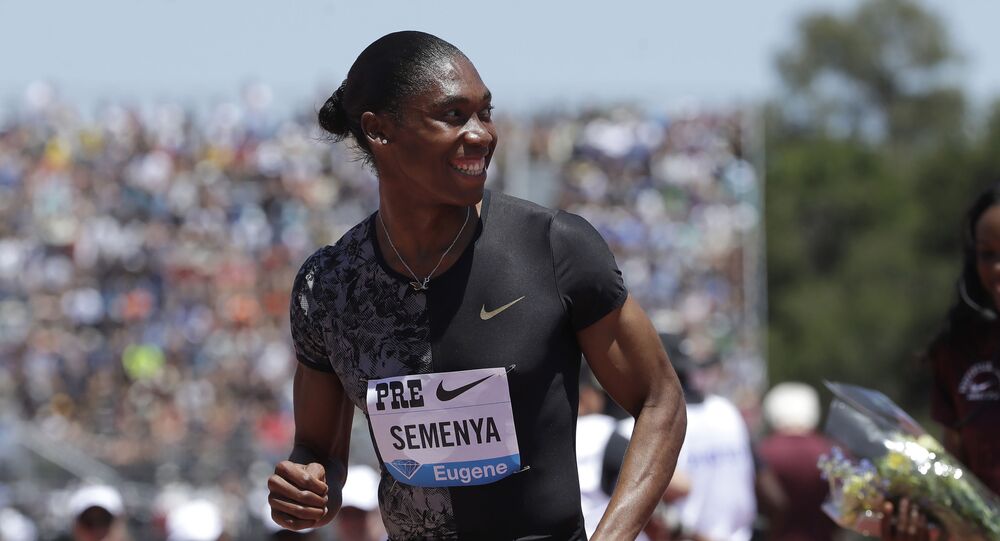 In a video published over the weekend, the self-isolating Portuguese forward demonstrated his regular at-home workout and invited his subscribers to follow suit.

Ronaldo urged his fans to take part in the challenge - the so-called "Living Room Cup" - which involves touching your toes as many times as possible while lying flat on your back, in a video posted on Instagram on Sunday.

Hey guys, I have a new challenge for you to stay active: the Living Room Cup 🏆. Can you step up and beat my core crusher record? Show me what you got and use #livingroomcup #playinside @nike @cristiano so I can 👀 you!

The footballer did the exercise 145 times in 45 seconds, while the South African sprinter playfully overtook him, doing 176 in the allotted time frame.

Hola fellas thanks to @cristiano for his challenge, the beast himself did his best, I also manage to scoop 176 in that space of 45 seconds. Not bad for a Sunday ke ya baba mfo #nikelivingroomcup #playinside #playfortheworld @nike @cristiano

“The beast himself did his best, I also manage to scoop 176 in that space of 45 seconds", she posted.

Ronaldo hasn't yet reacted to such overwhelming results.

Manchester United’s Portuguese duo Bruno Fernandes and Diogo Dalot also took up the challenge in a bid to break Ronaldo's "core crusher record" but neither could overtake the Juve forward, managing 117 and 105 reps respectively.

Caster Semenya, who had to undergo medical tests ahead of tournaments to prove she is a biological woman despite her masculine build and high levels of testosterone, is an Olympic and World Champ in the 800-meter distance.

She, like the Portuguese forward and most other athletes are self-isolating and training at home at this tumultuous time of the COVID-19 epidemic.

Semenya, 29, was planning to compete at the Olympic Games in Tokyo this year, while Ronaldo was expecting to lead Portugal’s defence of the European championship. Both events will now take place in 2021.