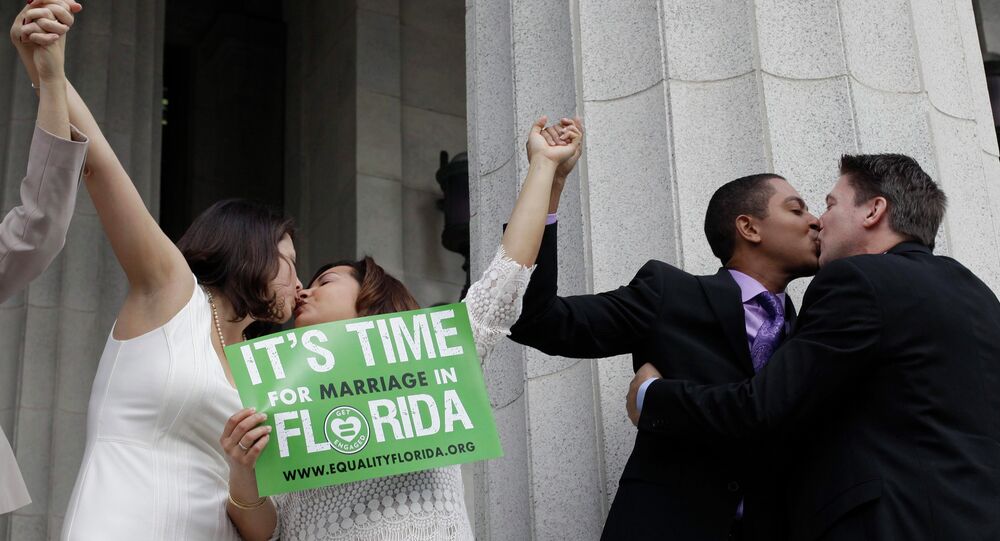 Born This Way: Researchers Find Correlation Between Homosexuality, Having an Older Brother

According to a recent research survey, for men, having an older brother somewhat correlates with being homosexual.

In a recent article published in the Proceedings of the Royal Society B, Canadian and German researchers argue that fraternal birth order has an effect on sexuality. By surveying 10 studies involving nearly 5,400 male subjects, both homosexual and heterosexual, they found that having one older brother gave men a 38% higher chance of being gay compared to men without one. However, no similar correlation was found in women.

One answer proposed by the researchers for this relationship is the "maternal immune hypothesis," which posits that fragments of cells from the male fetus enter the mother’s bloodstream, being perceived by her body as invasive cells, against which it forms antibodies.

When the mother becomes pregnant again later, those antibodies somehow make their way into the fetus’s brain, where they bind to neurons and “prevent these neurons from 'wiring-up' in a fully male-typical pattern,” the study’s abstract states.

However, the claim is not without controversy, as one of the study’s authors, University of Toronto Psychiatry Professor Ray Blanchard, has received strong pushback on his theories from the LGBTQ community. In his theories of transsexual typology in the 1980s and 1990s, Blanchard proposed that transgender women were simply extremely gay men who sought to transition in order to have relationships with straight men.

The researchers also noted their findings do not support the balancing selection hypothesis, a proposal by Russian-American geneticist Theodosius Dobzhansky that mother nature effectively guarantees genetic diversity by keeping multiple overlapping genes - such as those for sexuality - active in populations at a higher rate than genetic drift would cause by itself.

Blanchard cautioned in comments to NBC, however, that this research is “just the foundation for further analysis."