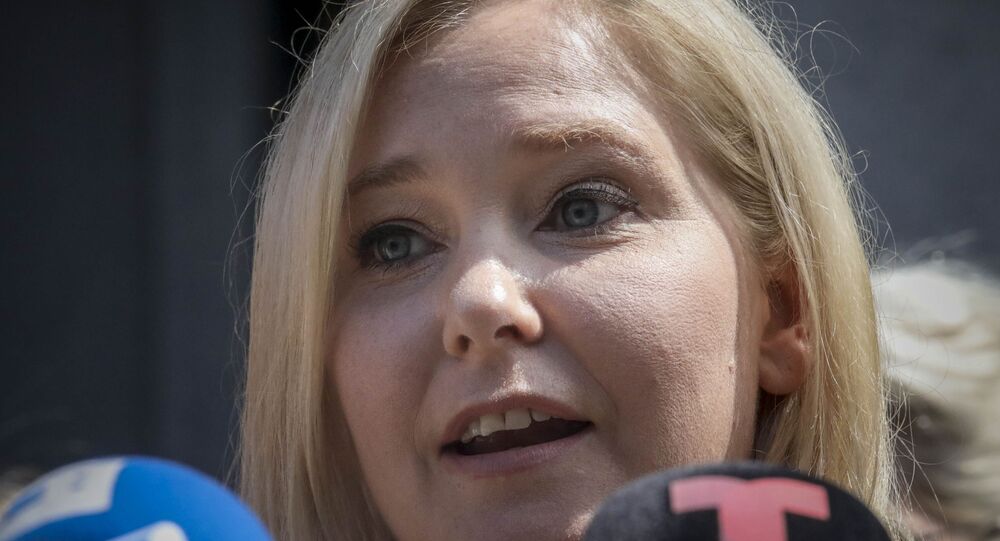 Virginia Roberts Giuffre, one of a slew of the billionaire paedophile's accusers who scrambled to see him put behind bars, has reportedly shared details of her three-year stint with Jeffrey Epstein and his one-time lover and friend Ghislaine Maxwell - including how she was allegedly pimped out to Britain’s Prince Andrew.

Jeffrey Epstein’s former teen “sex slave” Virginia Roberts Giuffre, who complained that she had been procured to massage and have sex with the billionaire and his friends, says she finally fled the late convicted paedophile and his associate, Ghislaine Maxwell, after three years, when they requested her, then a 19-year-old, to bear their surrogate baby.

This latest bombshell allegation was made public by her attorney, Bradley Edwards, who recently penned a new memoir titled “Relentless Pursuit” - part of his ‘“life’s mission” on behalf of alleged young Epstein victims.

“It was the final straw”, Edwards writes in an excerpt now published in the Daily Mail, which has been making public parts of his memoir for the past three weeks.

“She knew she had to escape”, the lawyer wrote, continuing that Virginia Roberts, as he discovered, “was one of countless young girls involved with Epstein and had begun a civil lawsuit against him”.

According to Edwards, she travelled the world with Epstein and was therefore “a true insider with detailed knowledge of the structure of his organisation”.

The lawyer also recalled the most “seemingly outrageous claim” that Virginia made during interviews with him - that she was taken by Epstein and Maxwell to London, where she was lent out to Prince Andrew, the Duke of York.

“Of all the people she claimed to have been introduced to and made to have sex with, the Duke of York sounded the most preposterous", the lawyer wrote.

Epstein had been under investigation since 2005 before he died in custody last year while awaiting trial on new sex trafficking charges. Earlier convicted of paedophilia, he pleaded not guilty to all charges of sexually assaulting and trafficking dozens of underage girls in New York and Florida during the early 2000s and faced up to 45 years in prison.