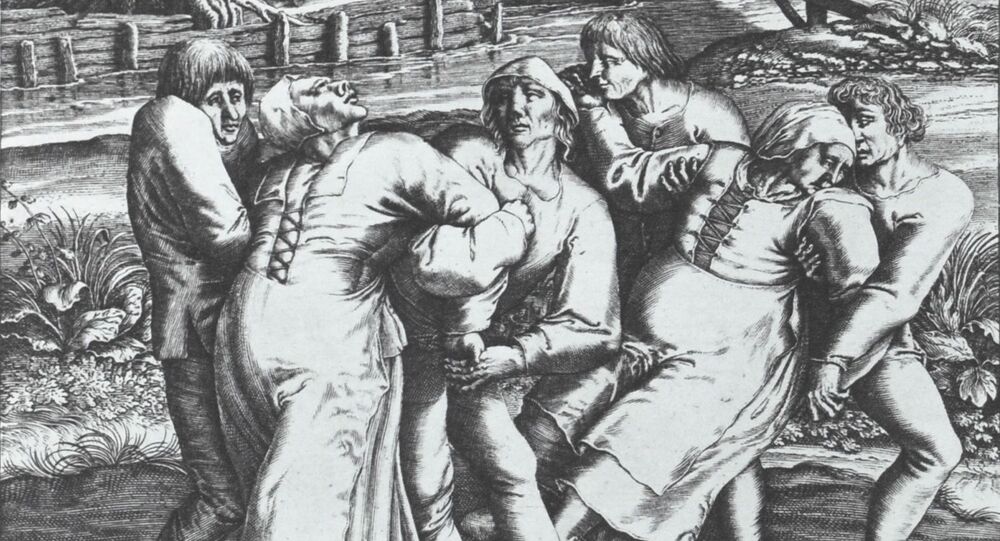 Compulsive Dancing and Shrinking Genitals: Bizarre Afflictions That Befell Humanity in the Past

Though some diseases are infamous for their virulence and lethality, others hold a special place in the historical annals due to how weird they are.

From the onset of 2020, mankind has found itself facing yet another global pandemic, this time the COVID-19 virus, which, if one were to take a look at human history, is hardly anything novel at all.

But while sometimes humans had to weather the onslaught of pathogens that killed millions – like the Black Death or the 1918 influenza pandemic – there were also outbreaks that may have been less threatening but at the same time looked a lot more bizarre.

Several cases of the so called dancing mania were reported in Europe between the 14th and the 17th centuries, with probably the most notable incident taking place in Strasbourg, then part of the Holy Roman Empire.

The afflicted were dancing for days without rest, some of them collapsing and even dying from exhaustion; modern theories about the cause of the outbreak range from food poisoning by a psychoactive product of a certain fungi to social phenomenon.

The Tanganyika laughter epidemic took place in 1962, apparently originating in a boarding school for girls in the village of Kashasha located in the modern-day Tanzania.

The epidemic affected scores of predominantly young people who suffered “laughing attacks”, with symptoms lasting from a few hours to up to 16 days; the outbreak was likely a product of mass hysteria.

During the late 20th and early 21st centuries, parts of Africa and Southeast Asia witnessed epidemics of the so called Koro syndrome – a delusion that leads the afflicted to believe that his genitals are retracting and will disappear.

In some cases, the syndrome even led to outbreaks of violence against people accused of stealing the penises of the affected.

Koro also knows no borders, as instances of this affliction were also reported in Europe and in the United States as well.