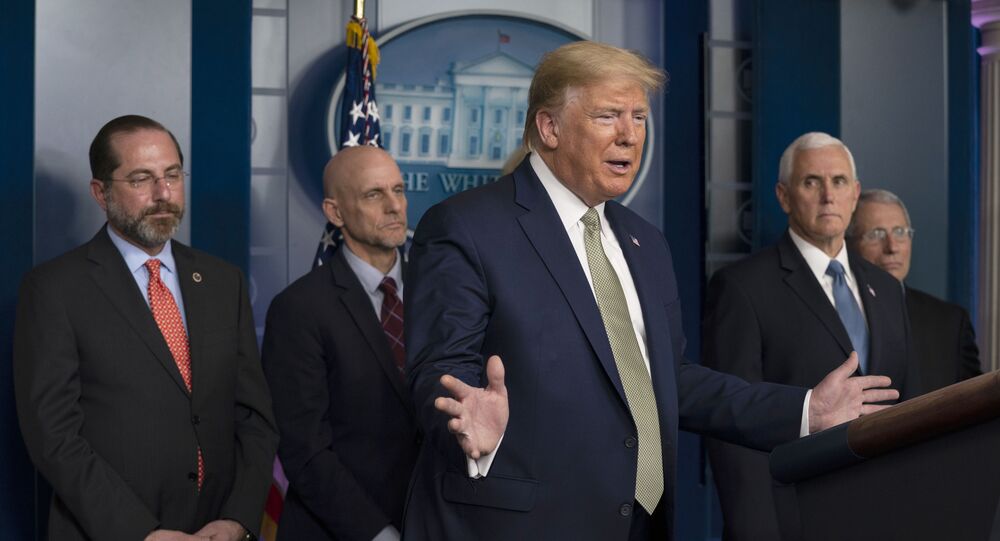 Around 60% of Americans don’t trust what US President Donald Trump is saying regarding the COVID-19 outbreak, a new joint poll by National Public Radio (NPR), “PBS NewsHour” and Marist College finds.

The survey of 835 adults took place Friday and Saturday using live telephone callers. The study found that only 37% of Americans say they have a great deal of trust in what Trump is saying about the coronavirus, while 60% said they did not have much trust or any trust in the president’s statements.

“Having significant chunks of the country either not believing their president (who controls the federal government's response), the press (which is a gatekeeper for information), or both, could be dangerous in a pandemic,” the NPR report explains.

In addition, more Americans disapprove of how Trump has handled the coronavirus outbreak compared to how many approve of his management of the crisis - 49% and  44%, respectively. Only 43% of Americans approve of Trump in general, although 51% say they approve of his decisions relating to the US economy.

In addition, Americans had differing opinions regarding how serious a threat COVID-19 poses. Fifty-four percent of Republicans think that the coronavirus has been blown out of proportion. In February, only 23% of Republicans held that same viewpoint. Only 50% of independents think the virus is a real threat, compared to around 66% in February. However, 70% of Democrats thought the virus was a real threat in February, and 76% think it now is.

"These numbers speak to the fact that there was not a unified message coming out of Washington or even from the White House," said Barbara Carvalho, director of the Marist poll, referring to the partisan divide regarding the coronavirus. "There was some confusion initially - if this was really a health crisis or an economic crisis."