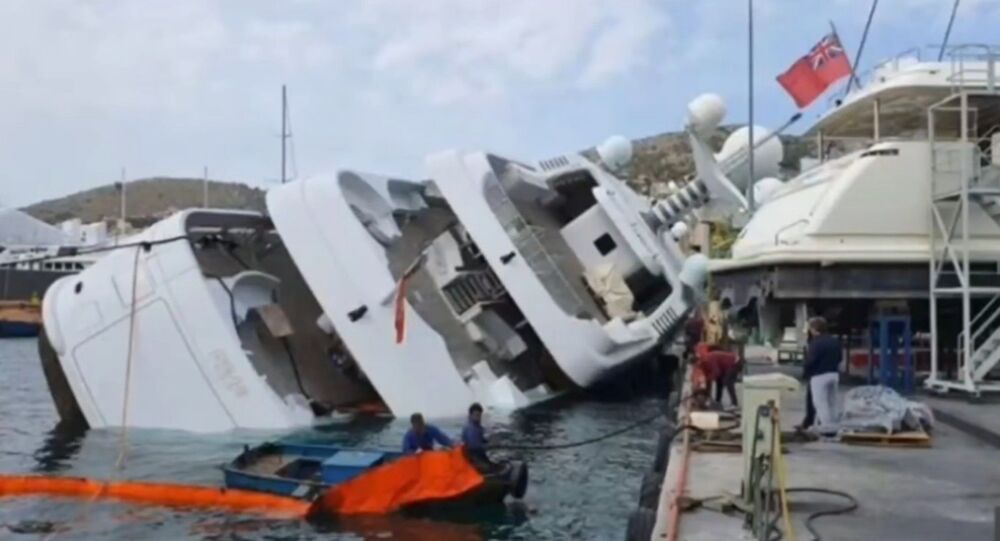 The $78 million luxury superyacht belonging to Saudi Prince Turki bin Mohamed bin Fahd Al Saud recently submerged underwater in Perama, Greece, after being dropped on its side by a lift machine.

The anticipated repairs of the Nourah of Riyad piled up earlier this month after the Turkish-built yacht capsized while being lifted out of the water for repairs at the Megatechnica shipyard.

According to SuperyachtNews, there were no human injuries or pollution exposed to marine life as a result of the incident. However, the shipyard did incur damage from the ship, which was seen at a 45-degree angle after being partially submerged.

Damage to equipment Lamadin, a tourist boast, was also reported by English-speaking Greek news channel The National Herald. A total of 12 crew members were said to be on board the ship at the time.

The ship, which was built in Turkey in 2008, can sleep up to 22 guests and an 18-person crew in its 11 cabin rooms - which include a master suite and VIP stateroom. The vessel is even said to have a deck jacuzzi and cinema.

No tears need to be shed for the Saudi prince, however, as UK newspaper Metro quoted “yacht fan Phil Wiseman” as saying that the vessel was “insured so he will just get another one” that’s “probably even bigger.”

Even if insurance was not a factor, it’s unlikely the the Saudi prince is tight on money.