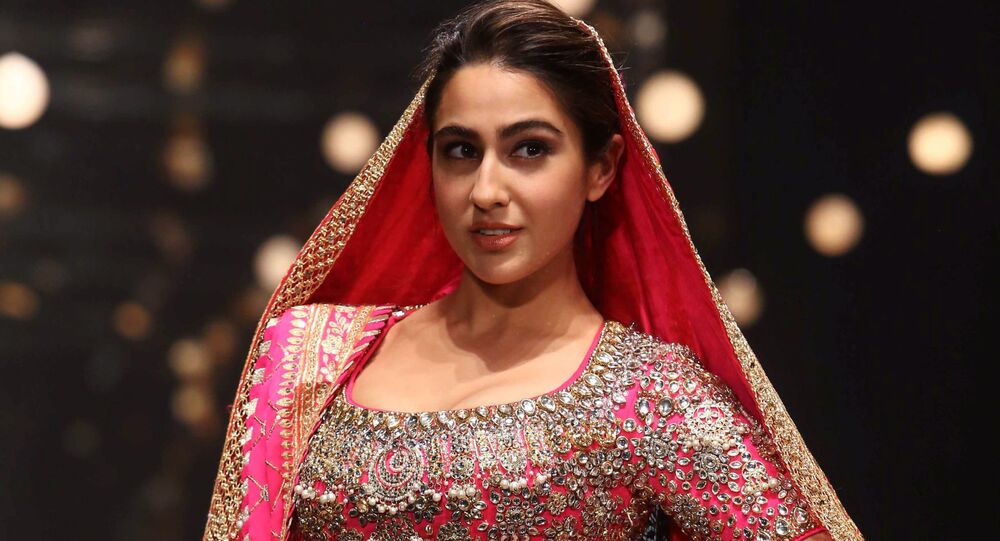 New Delhi (Sputnik): On Monday, Sara Ali Khan shared a video from her recent visit to India's holiest city in the northern state of Uttar Pradesh.

Bollywood diva Sara Ali Khan, who often keeps her fans entertained with travel videos, has come under fire for her visit to the historic Hindu temple Kashi Vishwanath, which, according to Hindus, is a place "where the supreme light shines".

The site is in Varanasi, India's holiest city, known as the Jerusalem of Hinduism.

The temple authorities, who did not know about the Muslim actress’s visit, have termed it against the rules, as non-Hindus are not allowed to enter the shrine.

"The actor's visit to the temple is against traditions and established norms. It also raises questions on the security of the temple when there is a sign board clearly stating that the entry of 'non-Hindus' is prohibited.", Chandra Shekhar Kapoor, the secretary of the Kashmi Vikas Samiti temple development board, said.

Khan paid obeisance at the sanctum sanctorum with her mother Amrita Singh in an unscheduled visit on Sunday, prompting the official to call for an investigation as to who let them enter the temple. On the northern side of Vishwanath Temple, there is the Gyan Kupor well, where non-Hindus are strictly forbidden to set foot.

According to local media, holy men were also frustrated with Khan's visit to the temple and participation in rituals.

"Though we appreciate her interest in the Hindu religion but the fact remains that she is a Muslim and should not have participated in the rituals. For her, all this could be 'interesting and exciting' but for us, it is a matter of religious piety," said priest Rakesh Mishra.

Sara had shared a video of her visit to Varanasi on her Instagram on Monday, captioning the video as “Namaste Darshako (Hello viewers), Banaras ki galliyo se (from the streets of Banaras). Oh what a lovely day, so much fun- such little you pay, if only in Varanasi one could stay”.

Namaste Darshako 🙏🏻 Banaras ki galliyo se... oh what a lovely day 💁🏻‍♀️ So much fun- such little you pay 💰 If only in Varanasi one could stay 🤔

Sara Ali khan is the daughter of Bollywood actors Saif Ali Khan and Amrita Singh, who separated in 2004.