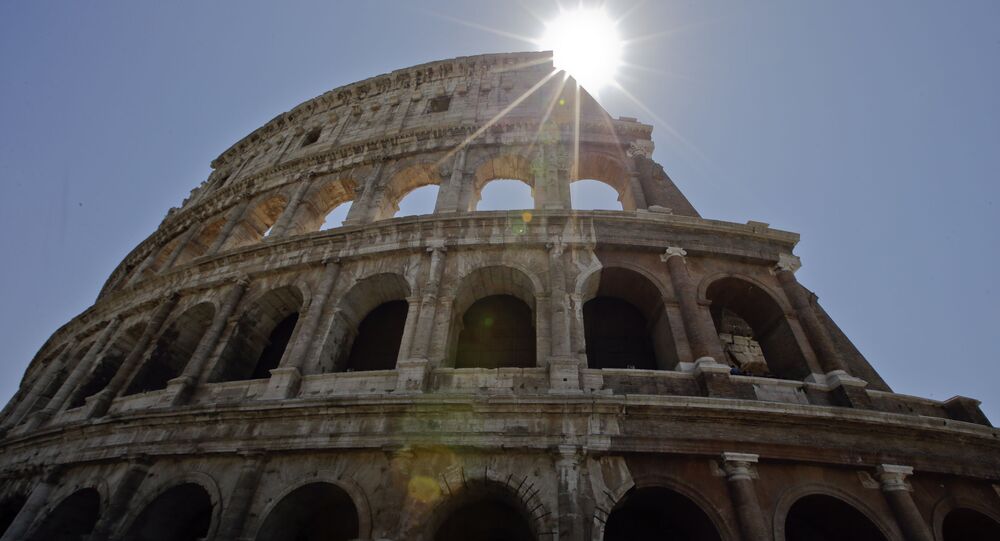 The on-chain penis-shaped accessory stood for positive energy and was a common item in an Ancient Roman household or on the chest of a pampered child. For double protection against evil, there was an alternative – an arguably more realistic-looking two-piece “fig” item.

The ancient Romans appear to have typically used amulets shaped like flying phalluses to ward off illnesses and bad luck, the Lad Bible reported, explaining that the unique pieces were worn around people’s necks or were hung up in homes in representation of the almighty “sexy energy”.

Scared of #coronavirus? This charming Roman winged todger amulet will keep you safe.

And if the magic doesn't work, at least wearing a pork sword round your neck will keep strangers at a non-infectious distance...#Corona #COVID19 #history #romanshttps://t.co/2Inw2evBAb

According to expert Anthony Philip Corbeill, who shared his comments with Atlas Obscura, archaeologists have stumbled upon such amulets in various corners of the world, including in Italy and Israel.

Corbeill suggested that those who adorned themselves with the saucily shaped items would be endowed with “divine power” as its sexual energy was directly “tied to its power in reproduction”.

© AP Photo / Salvatore Laporta
Amulets of Deities, Skulls and Phalluses Found in Ancient Pompeii Date Back to Eruption of Vesuvius

Children (girls included) are believed to have frequently worn the amulets, as parents would typically turn to the supernatural to make sure their little ones were all safe and sound, even more so in light of staggering child mortality rates in antiquity (around 50 percent of kids died before the age of five during epidemics).

Some loving parents apparently sought to be even more protective, as they opted for so-called fascinus amulets – with a penis at one end and a clenched fist at the other.

The fist was reportedly dubbed the “fig” and represented penis and overall genitals, so that the possession of such an accessory was believed to bring double luck… and double protection.