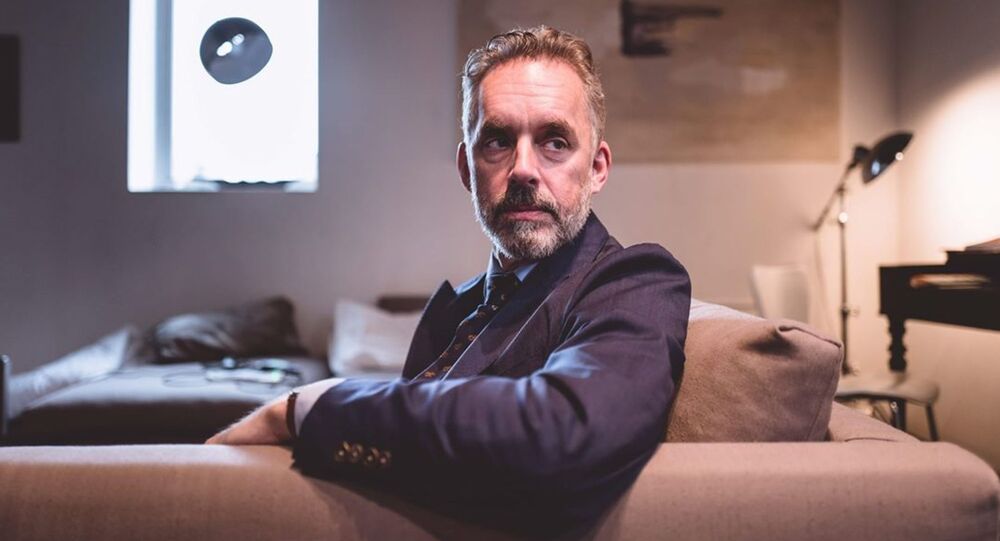 The Canadian professor has long been attacked by people who do not share his views, something that at one point even managed to impact his career, as Cambridge University decided to rescind his invitation for a fellowship due to apparent pressure from the public.

Jim Proser, the author of a recently released book about Canadian Professor Jordan Peterson, has praised the pundit and popular figure as a defender of Western civilisation in an interview with the online journal Merion West. In his book, titled "Savage Messiah: How Dr Jordan Peterson Is Saving Western Civilization", Proser follows Peterson's path from being a psychologist and religion expert to his current position as a person admired by many and hated by others.

Proser said that while he was writing his book he understood how much of a trial the public backlash was for Peterson and his family, as well as how much he and his followers are targeted by "those on the Left".

"The people who agree with him, who are of a conservative state of mind, are targeted by some very vicious and very powerful people. I was surprised at the depth of their depravity in attacking this innocent academic. He also provoked quite a bit of outrage by refusing to be silenced by them—and thank God for that", Proser said.

The author of the Peterson biography suggested that those who criticise the professor are seeking to gain power over "young people" looking for meaning in their lives by giving them this sense of purpose in the form of the "fight for gender equality and postmodern values". He noted that unlike them, Peterson is directing these young people to find a meaning on their own, rather than to follow values imposed by other people.

"He is taking the power directly away from the postmodern activist and is essentially exposing them as the frauds that he and I believe they are", Proser said.

The author went on to explain the popularity of Peterson's view on religion as an important tool for a person looking to find meaning in life. The author recalled that the Canadian professor had vividly demonstrated the meaning of a person's suffering by pointing to the case of Jesus, adding that Peterson's works had also helped him to overcome physiological challenges in his own life.

Peterson's works, especially those criticising Islam, certain political institutions, the use of gender-neutral pronouns, and the recognition of non-binary identities gained traction among many of his followers, but also drew criticism from his opponents and so-called "social justice warriors" on the Internet.

Public backlash at one point started to affect his academic career. In 2019, Cambridge University rescinded its fellowship offer to the professor, claiming that they couldn't invite a person incapable of upholding an "inclusive environment" and justifying this by referring to a photo of him alongside a person wearing an Islamophobic shirt. Later, the Cambridge University Students' Union released a statement hailing the university authorities' decision, saying that otherwise they would "legitimise figures such as Peterson", whom they said was not "representative of the student body".

Jordan Peterson himself called the university's decision a "deeply unfortunate error of judgement" and slammed the educational institution for succumbing to pressure from an "ill-informed, ignorant and ideologically-addled mob".

‘The Master is Back’: Fans Ecstatic as Jordan Peterson’s Daughter Shares a Family Pic From Russia

Why Bother With the Bible? Fans Ecstatic as Jordan Peterson’s Teachings Take on New Animated Form

Back in the Saddle? Jordan Peterson Returns to North America, Sends Joy With New Podcast