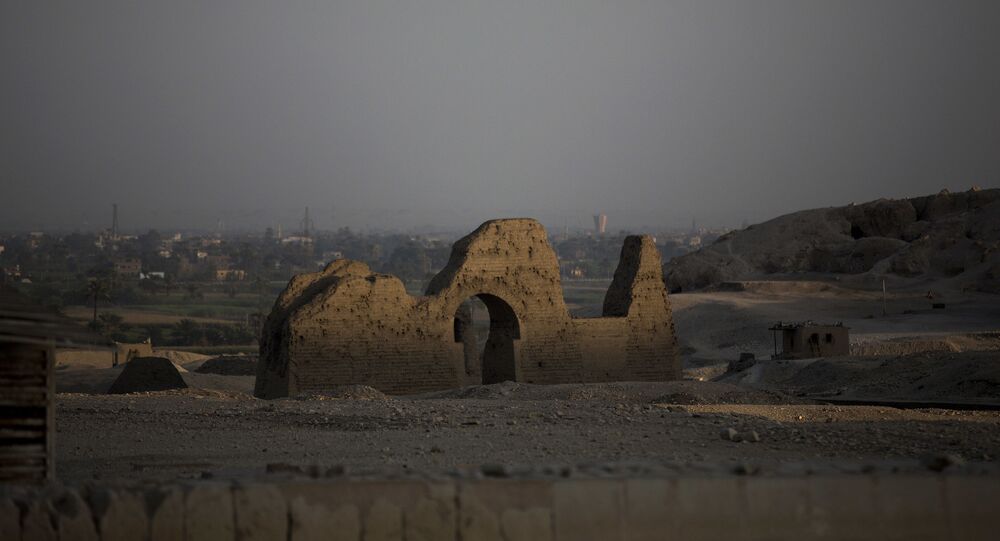 The final resting place of Thutmose II, who was greatly overshadowed by his wife, the legendary female Pharaoh Hatshepsut, is now assumed to have preliminarily been mapped after a newly found coffer appeared to bear his name.

A team of archaeologists has recently managed to unearth 3,500-year-old artefacts dating back to Ancient Egypt, a stone chest and a filled wooden box, that has substantiated the possibility of yet another burial chamber being hidden in close proximity to the landmark excavation site – Deir el-Bahari on the banks of the Nile, First News reported.

The find was made during an excavation effort in the ancient tomb complex by researchers from Poland’s Warsaw University’s Institute of Archaeology led by Professor Andrejz Niwiński.

The professor stressed in comments to the Polish Press Agency that the discovery was nothing more than a lucky strike, as the 40 x 40 cm object looked like just another building block from antiquity. However, upon closer examination, it was it found to be a chest that contained several packages wrapped in linen canvas.

In one package there was a sacrificial goose skeleton, while the other two contained a goose egg and one of an ibis – a bird that is believed to have been affectionately worshipped in Ancient Egypt.

Another find – the casket – appears to feature the name of Pharaoh Thutmose II, husband of famed Hatshepsut, one of overall four Egyptian female pharaohs, whose iconic terraced temple is one of Deir el-Bahari’s tourist landmarks.

The archaeologists, who have zeroed in on work on the site since October 2019, believe that the recently uncovered – apparently royal – coffer opens up great prospects for the future:

“Because we are in the middle of the royal cemetery, then it most definitely would have been a tomb”, Professor Niwiński stressed.

“Finding this deposit indicates that we are in the process of discovering the tomb”, he added, as cited by First News.

The burial site is near other iconic temple complexes – Luxor, home to the famous Valley of the Kings, and Karnak in Thebes.

Recently, researchers stumbled upon a secret chamber behind the tomb of King Tutankhamun, with the find reviving a plethora of conspiracy theories around the teen king’s death, including one that suggested there could have been foul play at the moment of Tut’s demise.