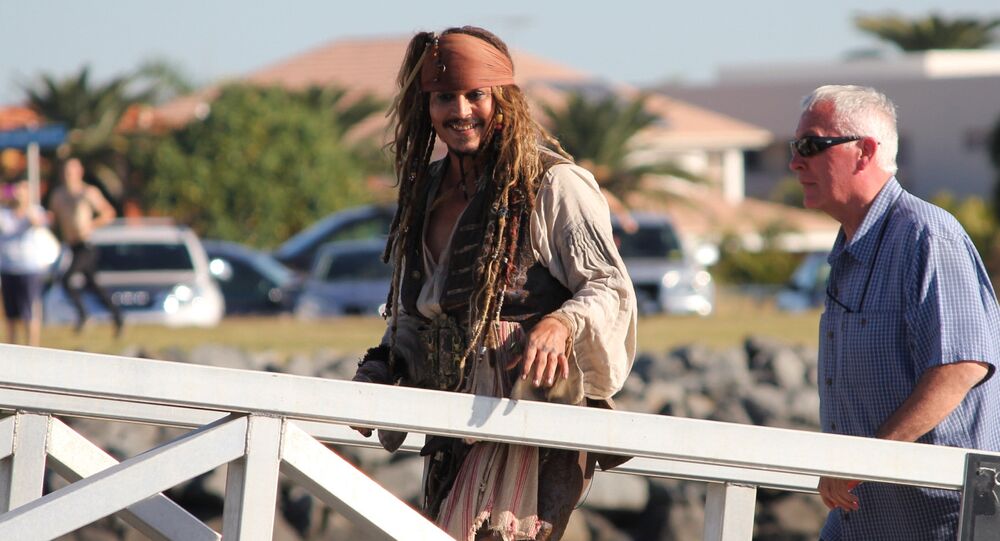 One of the most oddly remarkable things about Johnny Depp appears to fall on the totally sweet side, entailing numerous unforgettable father-daughter moments, as well as giving Depp expertise on how to make kids on set feel at ease during the long hours of shooting.

When a question arises about Johnny Depp, a great variety of his movie performances instantly come to mind - be it the title character in “Edward Scissorhands”, Willy Wonka in “Charlie and the Chocolate Factory”, or his signature role as Captain Jack Sparrow in all five “Pirates of the Caribbean".

Despite his general eccentricity and markedly stand-out manner, arguably few know about his unusual habit or rather hobby of purchasing dolls and affectionately keeping the Barbies left at his home after his and ex long-time love Vanessa Paradis’ daughter Lily-Rose grew up.

At the dawn of his collecting experience, it wasn’t about actually stockpiling Barbie and celebrity dolls, as Depp often talks about how he used to play with his daughter and along the way, started testing out his future movie character voices.

His daughter’s precious possessions, which he just couldn’t bring himself to dispose of, apparently contained toys like Barbies, with limited series among them.

Depp’s collection eventually came to include celebrity dolls, namely a Lindsay Lohan one, which he added an ankle bracelet to when the actress was under house arrest, or Donny and Marie Osmond, Beyonce and other members of Destiny’s Child, Elvis Presley, etc.

Johnny Depp has a Barbie collection to rival that of any young girl. #OddCelebrityHobbies pic.twitter.com/75gpfv6QiT

Interestingly enough, his hobbies don’t merely boil down to Barbies or celebrity dolls. The “Pirates of the Caribbean” star, who has a doll modelled after him, also owns a vast collection of his movie props, insects….and, strikingly, animal skeletons, according to entertainment portal Cheat Sheet.

Despite the latter sounding pretty exotic – no less than someone’s collection of back scratchers or locks of celebrities' hair - it is Depp’s Barbie collection that has long been discussed by online fans and entertainment media outlets. Few, incidentally, seem stunned.

One gave it a thumbs-up bringing up another cult, from the music sphere:

“And MJ [Michael Jackson] did the same", the netizen remarked, noting “he was also a doll collector, among other things from other countries".

Just learned Johnny Depp is a collector of celebrity dolls, Barbie dolls & Blythe dolls! He also goes to doll shows to collect more from diff places. I love this & find it interesting cuz MJ did the same. He was also a doll collector, among other things from other countries.

decent number of weird habits. And what, exactly, does Johnny Depp do that many others likely do not? Well, he collects Barbie Dolls.

Weird. Anyway, while full-grown adults and others might find the trait bizarre, it is totally the norm for our Deppian superstar. If you ...

were to enter one of the many houses owned by the man, don’t be surprised if a handful of his rooms are dedicated to the pink and Barbie-licious things. Can’t say we didn’t warn you. "https://t.co/1gTTuADL0n