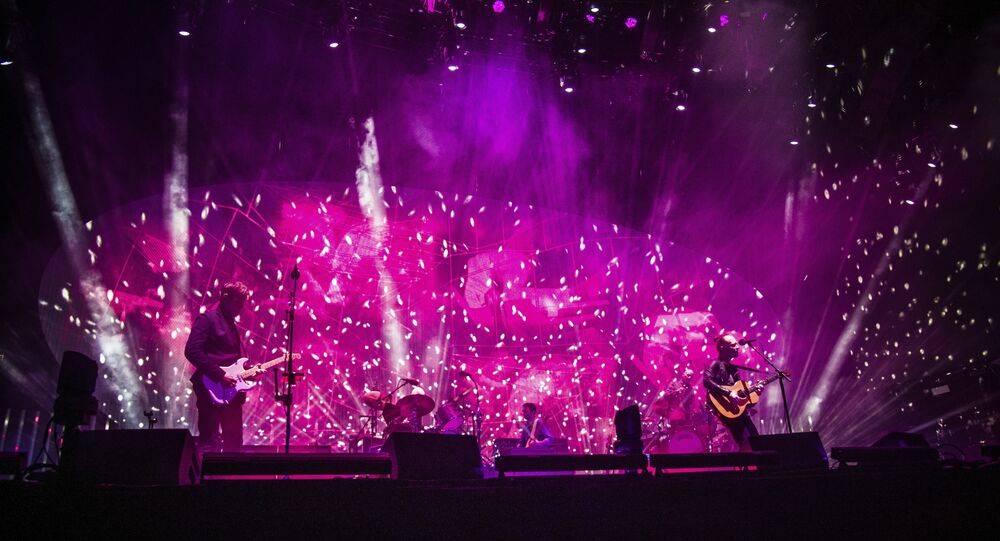 The live music industry has been suffering fallout from the coronavirus epidemic, with many prominent events preemptively canceled out of safety concerns.

The Coachella Valley Music and Arts Festival is reportedly to be postponed over coronavirus concerns, as the latest live music event to suffer fallout from the spreading epidemic.

There has not been an official statement released by organizers of the event in California yet, but insiders are quoted by industry publications Variety and Billboard as saying say the decision was inevitable after confirmation of a coronavirus case on 8 March in the state’s Riverside County.

Officials promptly declared a public health emergency, with the county’s public health officer Cameron Kaiser saying they had advised organizers of Coachella to cancel, according to Fortune.

Under a purported plan cited by the outlets, Coachella — slated for April 10-12 and April 17-19 in Indio, south-east California — would be rescheduled for October, with agents looking to re-book the announced artists.

The postponement would be an attempt to preserve one of the world’s highest-grossing festivals in recent years, hosting some 250,000 people across two weekends and generating over $100 million annually, according to live-entertainment data provider Pollstar.

The scheduled headliners for this year’s event were Rage Against the Machine, Travis Scott and Frank Ocean.

Stagecoach Music Festival, one of the nation’s biggest annual country music festivals that was to be held at the same venue in Indio on 24-26 April featuring Carrie Underwood, Eric Church and Thomas Rhett in headline slots, has also been postponed.

The reaction of netizens to the news reports was split, as some posted memes and comments reflecting their disappointment.

Due to the new #coronavirus epidemics, the #Coachella festival will most likely be postponed until October. #CoachellaCancelled #Coachella2020 #CoachellaValley pic.twitter.com/1TzyWpEQFN

Damn...now #Coachella is postponed too. Shit just got REAL pic.twitter.com/25eGtZ8jCY

​Many on social media applauded the reported decision of the organizers to postpone, citing coronavirus fears.

it’s good that dara didn’t attend pfw and coachella got postponed, health and safety are the most important

I’m sorry but Coachella should really get postponed, those who are attending are not only putting themselves at risk but are also jeapordizing everyone who is back at home. 😫

​Some nertizens’ comments were injected with a healthy dose of humour.

Coachella postponed as well. We're under a state of emergency in Ohio. Italy shutting down. Time to order 3 more cases of Italian Pinot Grigio before it becomes unavailable!

You can see I have my priorities straight. Making grapes out of lemons, or wine out of lemonade! 🤣😉🍇🍋

​In the wake of reports suggesting Coachella’s postponement, many music festivals are in the same boat, as they monitor the situation.

In a “domino effect” in the music industry, on 9 March Miami’s Winter Music Conference was also called off, while Coachella and Stagecoach postponements came in the wake of Friday afternoon’s announcement that South by Southwest would be officially cancelled in 2020.

Earlier, reports that Miami’s EDM-based Ultra Music Festival was being cancelled were confirmed, with live music giants such as Madonna, Pearl Jam and Neil Young also among those rapidly changing tour plans.

(10/10) Just as we look forward to our next concerts and the ability to gather together and play loud songs as energized as ever.

We are so sorry…
And deeply upset..

If anyone out there feels the same based on this news, we share that emotion with you.

To date, the number of people who have contracted the coronavirus disease globally has exceeded 114,000, with over 4,000 dying.

The COVID-19 virus has spread to more than 100 countries since emerging in China’s Wuhan in December 2019, according to Johns Hopkins University.