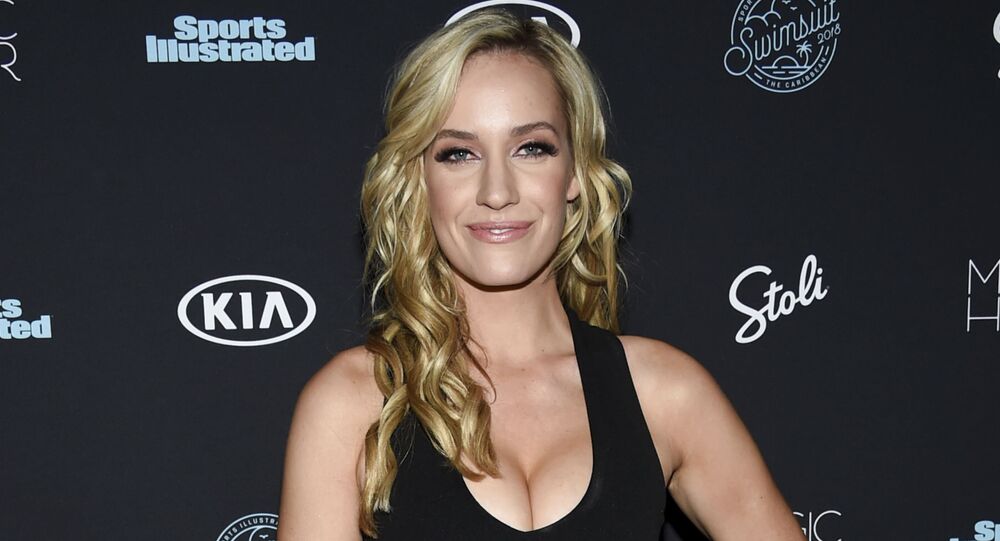 Gorgeous Female Golfer Claims Charity Turned Her Down Over Her 'Cleavage', Slams Golf as 'Elitist'

Having noted that golf is often called a gentleman's game, Paige Spiranac argued that quite often the players don’t act like gentlemen at all.

According to the Daily Star, in a recent episode of her podcast Paige slammed golf itself as "elitist", "stuffy" and "exclusive", saying that she was "never welcomed in".

"I wanted to help this charity out and I wanted to give them free golf clubs", the golfer reminisced. "The guy wrote back and said, 'We would love to but, because of the way our board members view you, you can’t help out'. I want to give back to these kids who don’t have anything, because I grew up not having anything, and I can’t even f***ing do that because of my cleavage."

She further argued that golf is "the absolute worst place" for her, as she is "raw and real" and wears what she wants, while golf "is not that way".

According to Paige, she feels that "everyone in golf is just playing this part of this perfect golfer when in reality it’s nothing like that", and while it is known as a “gentleman’s game", the players “definitely don’t act like gentlemen a lot of the time".

"There’s just so much hypocrisy in golf and it’s so frustrating for me. It’s this big boys club where if someone does something they’ll cover that up … but I wear a tank top and I’m the s**t and I’m the w****e and I’m the one that’s ruining the game", she complained. "I’m not going to feel like I fit in when everything that I do, I’m an outcast."