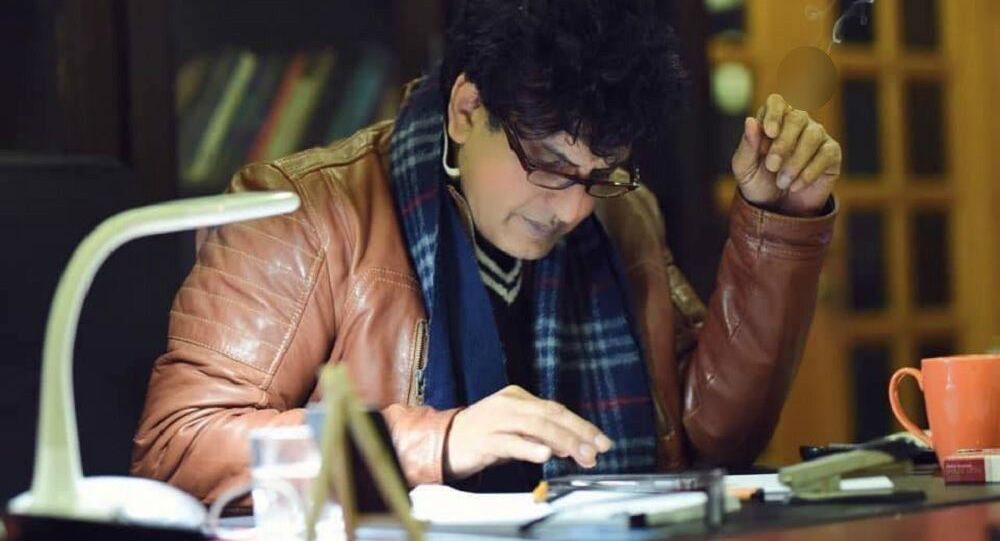 'No One Will Spit on Your Body': Pakistani Director Bashed for Verbally Abusing Female Journo on TV

New Delhi (Sputnik): Popular Pakistani director Khalil Ur Rehman Qamar, who is a magnet for controversies due to his unabashed points of view and work, was earlier called out for his “misogynist” views on female infidelity and gang rapes in Pakistan. Some Pakistani politicians and actors are now demanding action against him.

Pakistani director Khalil Ur Rehman Qamar, a self-proclaimed feminist, has been facing boycott calls and criticism after he verbally abused a female journalist during a television debate.

I will not accept any show on @NeoTv_Network until this anchor apologises and this abusive man boycotted. If others ( men and women ) do the same when asked for shows this kind of disrespect to women may not get impunity. Women’s rights are human rights. Enough of this nonsense https://t.co/YAJlmawCXF

Along with Qamar, the news anchor is also facing flak for not standing up against the director, but rather asking Sirmed to keep mum.

Former politician Sherry Rehman has asked the channel to boycott Qamar for showing utmost indecency and disrespecting the woman.

“I will not accept any show on NeoTv_Network until this anchor apologises and this abusive man boycotted. If others (men and women) do the same when asked for shows this kind of disrespect to women may not get impunity. Women’s rights are human rights. Enough of this nonsense”, said Rehman.

Pakistan's highest-paid actress, Mahira Khan, also slammed Qamar, saying that she was shocked and sickened by the incident.

I am shocked at what I have just heard and seen!! Sick to the core. This same man who abused a woman on tv is revered and given project after project because of what? We are as much to blame if not more for perpetuating this thinking! #khalilurrehmanqamar

Other actors also joined the chorus and slammed Qamar.

What's scarier than #KhalilurRehman's temper, insecurities and mysogonistic attitude, is us who continue to encourage and engage him. Who cares if you're a good writer. You're a vile human being. Who speaks like that? What gives u the right to pass judgment like that? #Shameful

​The women's rights group “Hum Aurtein” ("We the Women") will conduct an "Aurat March" for the third consecutive year on International Women’s Day on 8 March. The demonstration is carried out with the aim of uniting women, transgender, and non-binary women for gender justice and collective social change based on the principles of inclusion, dignity, and respect.