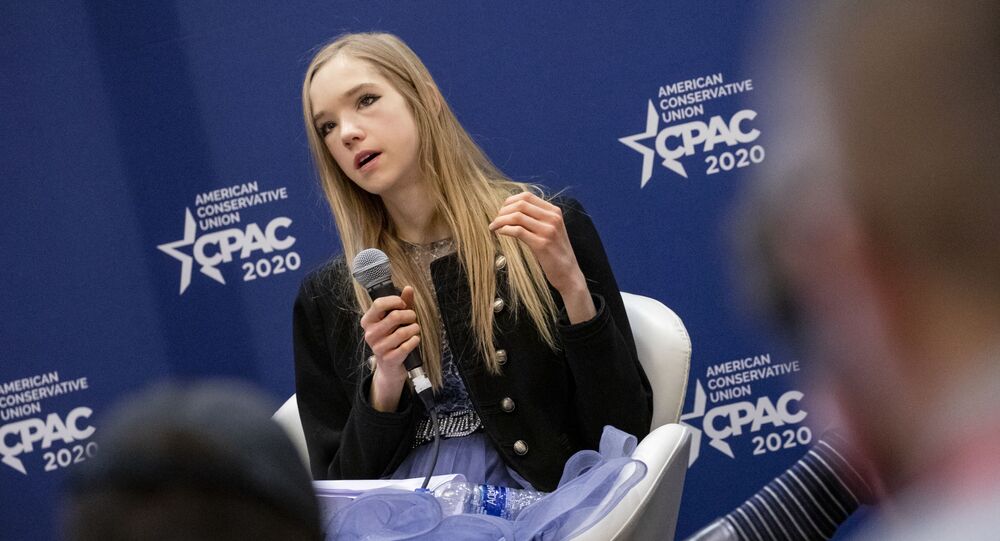 It seems that the teenage climate activist Greta Thunberg may have met her match as Naomi Seibt, a 19-year old YouTuber from Germany, has emerged at the forefront of the "growing climate skepticism movement", as the Daily Express put it.

During her appearance at the recent Conservative Political Action Conference in the United States, Naomi argued that perhaps the climate discourse should be left to people who have the necessary expertise.

"I think it’s wrong we let people like Greta Thunberg - who is a young girl, who has no scientific or economic experience - or politicians or celebrities like Leonardo DiCaprio, talk about a scientific topic", she said in an interview with the Daily Telegraph at the conference. "I don’t want people to follow me unconditionally, as many do with Greta. My message is: start thinking instead."

Having explained that it was Greta’s school strikes that inspired her to educate herself on the subject of climate change, Naomi, whose catchphrase is "I don’t want you to panic, I want you to think", said she does not believe in CO2 having a "terrible impact on the climate".

"Man vastly overestimates his power if he thinks he can, with CO2 emissions, destroy the climate", she postulated.

And Seibt also did not seem to think highly of Greta Thunberg, noting that she wouldn’t want to debate the Swedish teen on science because she doesn’t want to "destroy her".