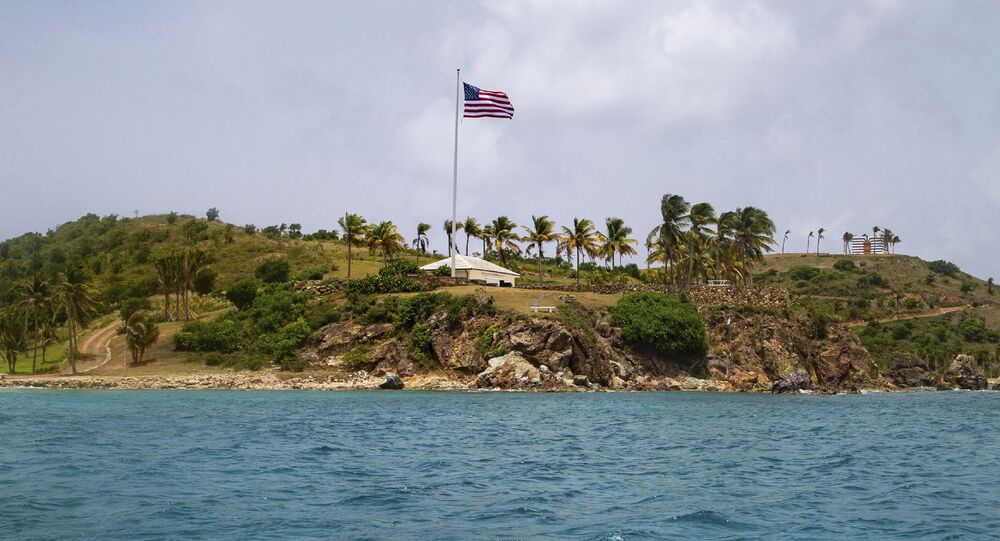 As the witness explained, he quit working for Epstein after thinking of the possibility of his own daughters visiting the financier’s island.

A new insight into the lifestyle of Jeffrey Epstein, the late convicted paedophile and suspected sex trafficker, has recently emerged courtesy of a former IT contractor who worked for him, the Sun on Sunday reports.

According to the newspaper, Steve Scully, who maintained the phone lines and internet on Little St James in the US Virgin Islands, told them what kind of remodeling Epstein did at his mansion.

"He put in a ten-showerhead shower - for group showers", Steve said. "There were more pictures in the bathroom than anywhere else – including of young, barely clothed or semi-nude girls."

He also recalled how Epstein’s private jet, the so called "Lolita Express", would park at a private terminal in St Thomas island (where Scully lives with his family), and then ferry young girls to his island via a helicopter.

"At least three times I saw helicopter land on the island and two or three very young-looking girls get out", he said.

The IT specialist further claimed that he saw none other than Prince Andrew "pawing" at Virginia Roberts sometime between 2001 and 2004, as the newspaper puts it.

Eventually, Scully decided to quit working for Epstein after the latter’s pool hand brought up a rather delicate subject.

"The pool guy asked me: ‘Would you let your daughters visit the island?’ I said I wouldn’t let my kids within five miles of Jeffrey", Steve stated. "As soon as he raised this, I thought: ‘I’ve got to leave this place’. The next day I quit."

Epstein, who had earlier been convicted of multiple counts of sex abuse against minors, was ruled to have hanged himself, although the death was deemed as suspicious at the time.