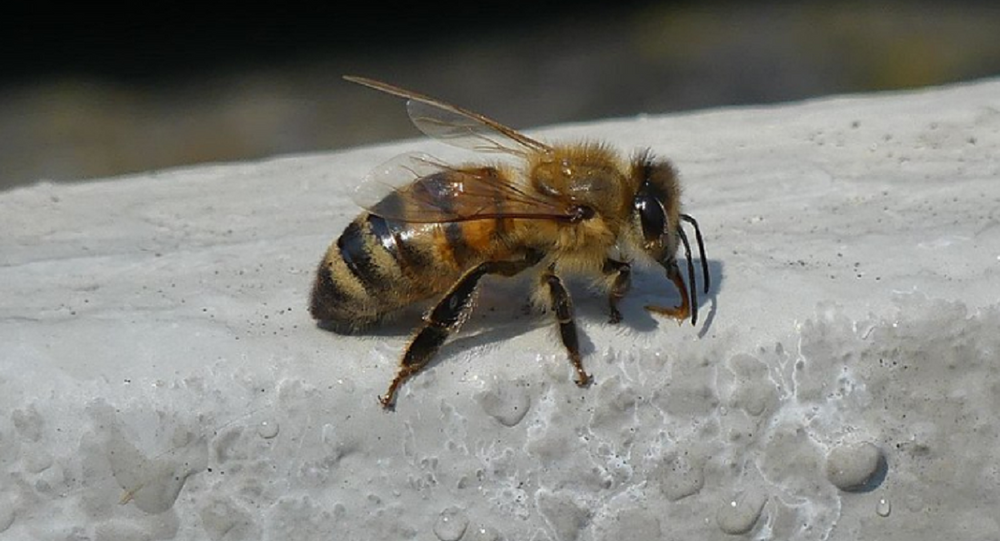 A new study reveals that there are similarities between the brain activity of honey bees and humans, which means that bees could eventually be used to study various brain functions.

A new study published in the journal Proceedings of the Royal Society B: Biological Sciences on February 26 found that alpha oscillations - the electrical activity generated by the brain - in bees are similar to those generated by the human brain. The researchers arrived at that conclusion by stimulating honey bees with various odors and connecting microscopic electrodes to the insects’ brains to record their brain activity.

The researchers also fed the bees a solution of water and the sugar sucrose using a pipette while they were stimulated with odors. The researchers found that, similarly to humans, bees associate odors with food.

"It is fascinating to see how bees can learn to associate odors with food in a similar way to humans. What we want to do now is examine how these alpha oscillations change in different situations. As a neuroethologist, I'm interested in how bees' alpha oscillations change during natural behaviors, for example when a bee forages or sleeps," Paul Szyszka, a lecturer in the University of Otago's Department of Zoology in New Zealand, is quoted as saying by Phys.org.

According to Szyszka, who completed the research with Dr. Tzvetan Popov of the University of Heidelberg in Germany, the study is exciting because it could provide a new way to gain insight into human brains.

“Experiments on humans are expensive, logistically difficult, and time consuming. Moreover, recordings from individual identified neurons are not possible in human brains. By studying the brains of bees we can overcome these limitations and apply that knowledge to research, and eventually perhaps even to treatment, of human brains,” Szyszka added.