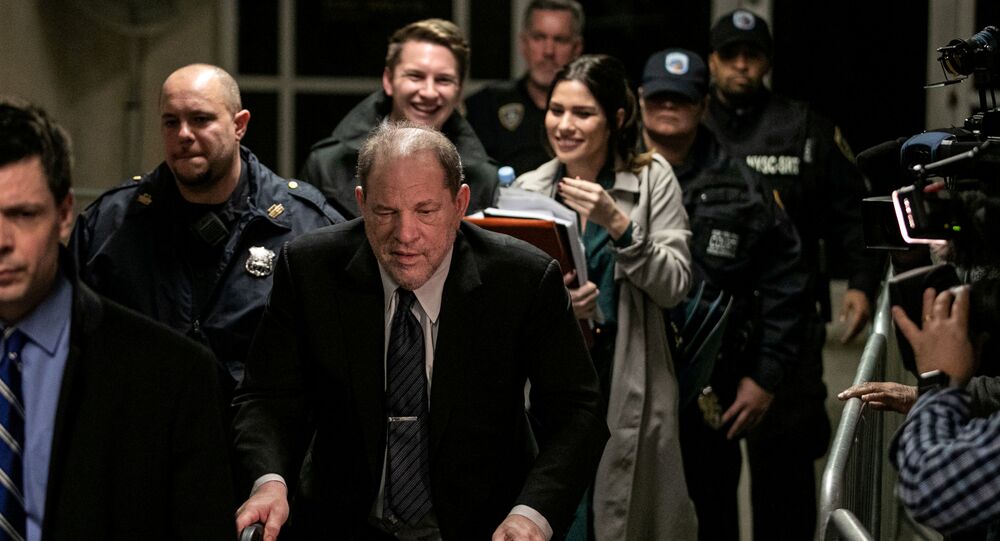 The Beginning of the End: Harvey Weinstein to Face Another Charge of Sexual Assault in Los Angeles

The decorated movie producer, who worked on more than 300 films, including such iconic flicks as Pulp Fiction, The King’s Speech, Good Will Hunting and Shakespeare in Love, has already been found guilty of third-degree rape and first-degree criminal sexual acts carrying a potential 25-year prison sentence.

Hollywood producer Harvey Weinstein will face a criminal case in Los Angeles for two incidents that allegedly occurred in 2013 over a two-day period. The charges against the disgraced film titan include forcible rape, forcible oral copulation, sexual penetration by use of force, and sexual battery by restraint.

If found guilty the 67-year-old Weinstein, who was already convicted of rape at a trial in New York on 24 February, may face up to 28 years in jail.

As with previous accusations Weinstein and his legal team have categorically denied allegations of criminal offences. It is unclear how the criminal case will unfold. Media reports say he could immediately be brought to court following his 11 March sentencing in New York or he could strike a plea deal in LA.

© REUTERS / JANE ROSENBERG
Harvey Weinstein Taken to Hospital Over ‘Chest Pains’ After Guilty Verdict - Reports
The 67-year-old was reportedly transferred to Bellevue hospital with chest pains after he was convicted of a first-degree criminal sex act and third-degree rape, but was acquitted on two counts of predatory sexual assault, a more serious charge, which carried a potential life sentence. His legal team has already filed an appeal against the verdict.

Allegations of sexual assault against Weinstein first emerged after The New York Times and The New Yorker published articles, in which numerous actresses accused the Hollywood mogul of sexual harassment dating back decades.

Weinstein issued an apology acknowledging that his behaviour caused "a lot of pain", but he denied any wrongdoing. The subsequent criminal case against Weinstein spawned the #MeToo movement against physical and sexual violence.