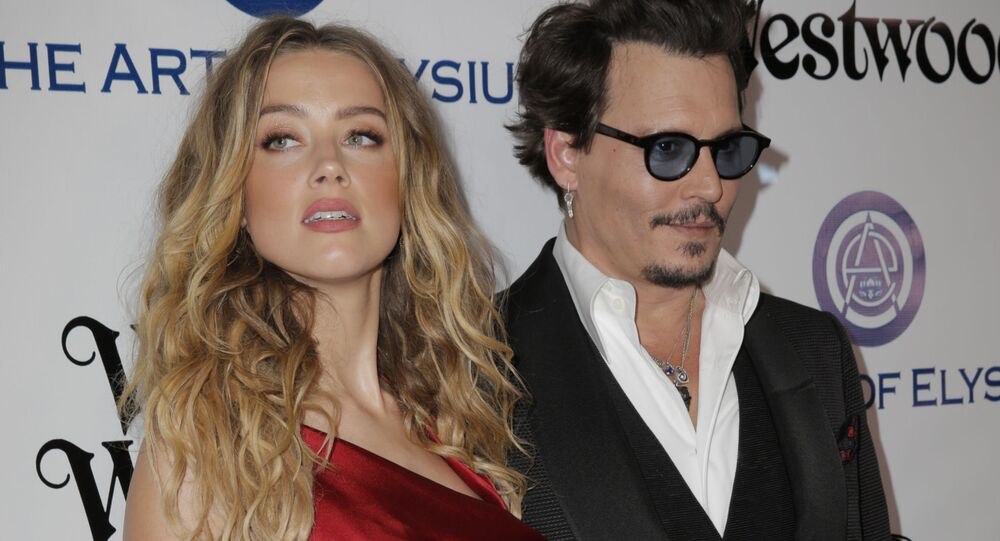 'A Shame for Women': Fans Want L'Oreal to Drop Amber Heard Over Her Alleged Abuse of Johnny Depp

Previously, Johnny Depp launched a $50 million defamation lawsuit against Amber Heard after she portrayed herself as a victim of domestic violence on a WaPo op-ed.

It appears that angry fans of famous American actor Johnny Depp have mobilized to deliver yet another blow to his ex-wife Amber Heard for the domestic abuse Johnny allegedly suffered at her hands.

As the supporters of one change.org campaign seek to have Heard removed from the upcoming sequel to the DCEU superhero blockbuster "Aquaman", at least two other petitions launched on that platform pursue the actress’ ouster from her position as a spokesperson for cosmetics giant L’Oreal.

"Ms. Heard has no behaviours common with those of a person who has been the victim of domestic abuse. She is known to be an ambassador for women's rights and for speaking against domestic violence, but has ultimately committed 'me too' fraud", the creator of one of the petitions wrote, while the other simply branded Heard as "a liar and an abuser, a shame for women".

As of the time of this article’s writing, the two petitions have accrued over 7,600 and over 6,500 signatures, respectively.

Earlier this year, the Daily Mail published a series of audiotapes that feature Heard appearing to admit hitting Depp.

At the same time, Johnny Depp continues to wage his legal campaign against Heard which started when he launched a $50 million defamation lawsuit against the actress after she penned an op-ed in The Washington Post where among other things she spoke about being a victim of domestic violence.