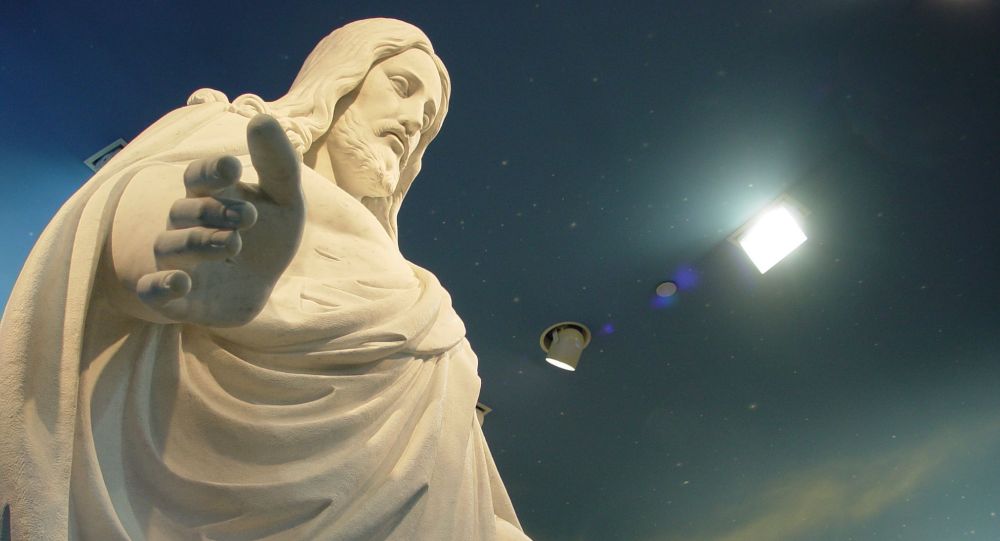 The purported extraterrestrial roots of Jesus were first mentioned by the group’s founder George King, as he claimed he had even seen the vehicle that transported Christ and thereby blessed the whole cliffy area around.

A spiritual organisation that believes Jesus Christ was an alien who descended to Earth from Venus, is preparing for a pilgrimage to a "holy mountain" in Devon, southwest England. The gathering is taking place on Saturday, 25 July 2020.

Although the Aetherius Society’s founder, former taxi driver George King died back in 1997, his followers still take regular pilgrimages to the cliffy county.

King based his theory on his personal recollections, claiming he had a stunning encounter with "Master Jesus" back in 1958.

In a previous documentary, King depicted the experience of seeing a tall lit-up male figure.

"It was very, very windy at the top of Holdstone Down. As a matter of fact, it was quite dark by this time", he recounted, going on:

"Dimly out of the corner of my eye I saw something in the sky".

"Then I saw a being which kind of appeared before me - I didn't see him walk up to me, I opened my eyes and he was there", King claimed he subconsciously knew that “he was Jesus" and that “he had come from the planet Venus.”

“I didn't have to be told, I just knew this", he reiterated, further depicting the glittering light that was all around.

King said in the docu that Jesus had arrived in a spacecraft and had "sent power through himself" to King and into the mountain top at Holdstone Down.

According to the Aetherius Society, Holdstone Down is just one of several holy mountains, with another also located in Devon at Yes Tor near Okehampton.

Among other so-called holy sites are Castle Peak in the Rocky Mountains near Colorado, US, Mount Ramshead in New South Wales, Australia, and Kilimanjaro in Tanzania.