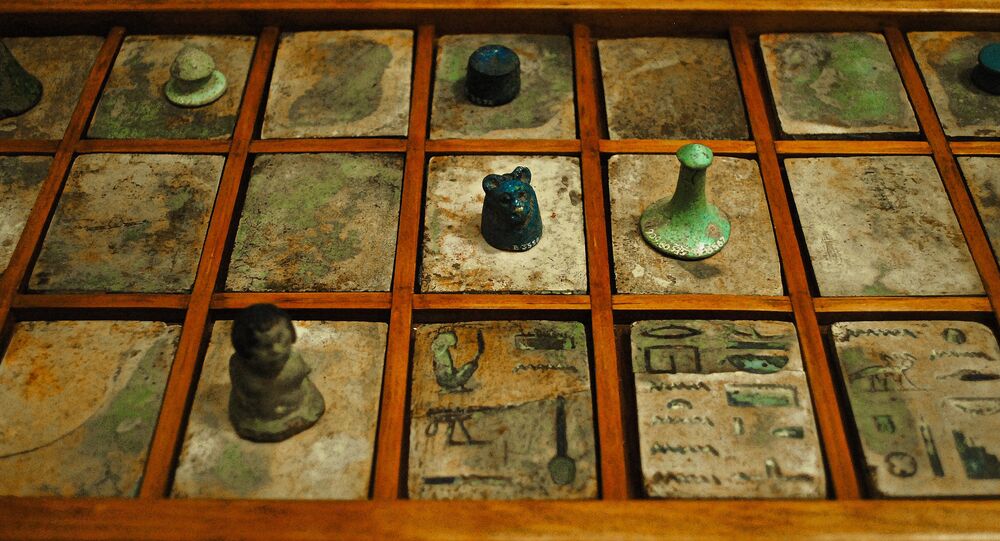 A board game called Senet, reportedly believed to have emerged some 5,000 years ago was, according to historians, a popular aspect of free time leisure at all levels of ancient Egyptian society.

The board game features a hieroglyphic symbol on one square for water, believed by researchers to indicate a lake or river that Egyptians felt the soul encountered after death on its journey through the underworld, Fox News reported.

“It may be one of the first times that this aspect of the journey through the afterlife is visually rendered on the board”, Walter Crist, an archaeologist at Maastricht University, suggested, cited by Fox News.

The Egyptian game of senet began as a pastime, but over 2 millennia it evolved into a game with links to the afterlife, played on a board that represented the underworld. https://t.co/5NHPLF84ki#Archaeology #Museums #Egypt #AncientGames pic.twitter.com/GYe16DosWw

According to historians, Senet was a game designed for two players. Each player has five pawns placed on a grid of 30 squares that is arranged in three rows of 10. Players roll a dice before moving their figures. The ultimate goal is to have all five pawns reach the "finish" point at a lower corner of the board.

© REUTERS / Larry Downing/Files
Inside the CIA's El Chapo Board Game
At some instance - historians suggest about 3,500 years ago - Senet morphed into a spiritual tool that reportedly described a soul's movement through an underworld - the life after death so richly described in ancient Egyptian culture.

Jelmer Eerkens, an archaeologist at the University of California at Davis, suggested that the Rosicrucian "board game of death" is a rare find since it appears to chronicle a late-stage change in progress, according to the media report.

“This is unlike what we expect for other kinds of technologies”, Eerkens said, cited by Fox News.

Researchers suggested that the discovery could show Senet's ultimate evolution into the original "game of death".

Having a Go: China Plans to Challenge Google's AI in Strategic Board Game

4,000-Year-Old ‘Board Game’ Found Carved into Rock in Azerbaijan (PHOTO)