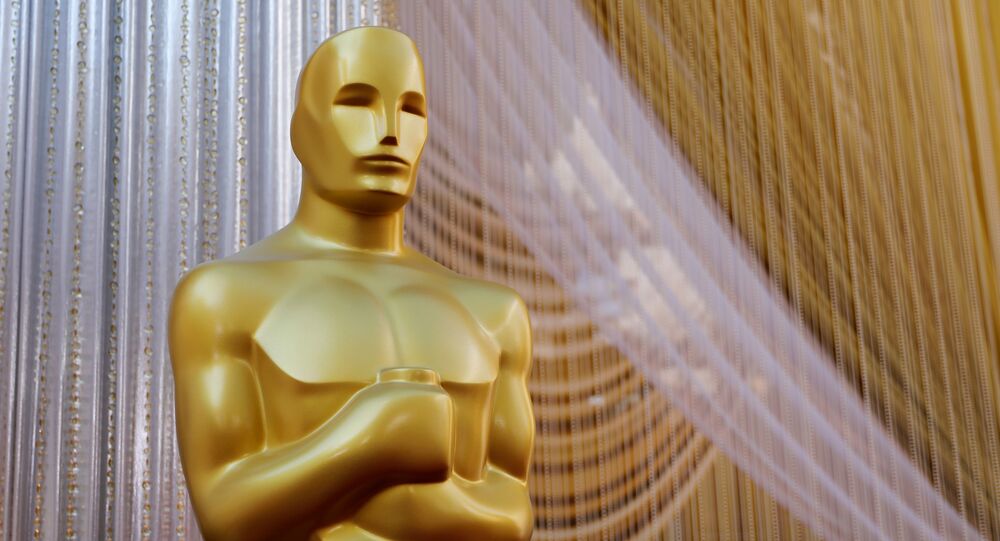 For the second year in a row the most important film awards ceremony won’t have a host. As it was in 2019, different celebrities will appear on stage to announce categories. Among the confirmed presenters are double Oscar winner Tom Hanks, winner of the 2019 Oscar for best actor Rami Malek and 2011 Oscar-winner Natalie Portman.

Hollywood’s biggest stars are preparing to appear on the red carpet as the 92nd Oscar awards ceremony is just hours away. So what should we expect from this year’s ceremony and who will we see on the stage tonight?

The 45-year-old is predicted to win 'best actor' for his leading role in the movie Joker. This is the fourth acting nomination for the Hollywood star. Unlike Pitt, who chose to entertain the audience during acceptance speeches, Phoenix used the opportunity to speak about different issues. In his speech at the Golden Globes, during which he dropped an f-bomb three times, the actor urged his colleagues to do more to combat climate change, while at the BAFTAs he touched on the issue of racial discrimination in the film industry.

Pitt has an Oscar for producing 12 Years a Slave, which won the best motion picture of the year in 2013, but never triumphed in the acting category. It is the actor’s second 'best actor in a supporting role' nomination and his fourth acting nomination overall. The 56-year-old has already won at the Golden Globes, BAFTAs and the Screen Actors Guild Awards for his role in Quentin Tarantino’s Once Upon a Time in… Hollywood, where he portrays an ageing stuntman double of a star who features in westerns, who is played by Leonardo DiCaprio.

If one should trust experts and in this case we believe one should, then the actor will win his first Oscar for acting. The 56-year-old actor is likely to make the audience burst into laughter with his acceptance speech the way he did at the BAFTAs, Golden Globes and Screen Actors Guild Awards. Pitt promised to call his BAFTA award Harry, because he was "excited to bring it back to the United States" a reference to a royal crisis involving Prince Harry and his wife Meghan Markle.

Will Renée Zellweger Make a Comeback?

Before the actress blew the internet away with her plastic surgery, the star of Bridget Jones was nominated by the Academy three times in a row and even won in 2004 in the category 'best actress in a supporting role' for her part in the drama Cold Mountain. Following her triumph she appeared in movies that turned out to be flops and after that, she took a six-year break from acting in 2010. It seems that the hiatus did her some good, as according to movie experts she has a 90 percent chance of winning in the category 'best actress in a leading role' for her portrayal of Hollywood star Judy Garland in the title movie Judy.

Best Actress in a Supporting Role

Adam Driver and Scarlet Johansson delivered a stunning performance in Noah Baumbach’s Marriage Story, but Laura Dern looked no less impressive. Like all the above-mentioned actors Dern won other prestigious awards – the Golden Globes, BAFTAs and Screen Actors Guild Awards. This is the third nomination for the 52-year-old, who received her first nomination back in 1991 for her part in drama Rambling Rose.

Here is a category where everything is not so clear. Sam Mendes, who won an Oscar in 2000 in the category ‘best picture’ with American Beauty, is expected to get up on stage again for his work on 1917, a drama about World War I. The 54-year-old is also nominated in the category ‘best original screenplay’ and ‘best motion picture’.

However Mendes’ hopes may be ruined by South Korean Bong Joon-ho, who has a 20 percent chance of winning in the category with his work Parasite. Like Mendes, Bong is also nominated in the category ‘best original screenplay’ and ‘best motion picture’.

And here is another category where nothing is certain, although there is a big favourite. According to the author of Oscarmetrics and Harvard applied mathematics graduate Ben Zauzmer, who predicts winners with near-perfect accuracy, war drama 1917 is going to triumph at this year’s ceremony. Sam Mendes’ work has a 36 percent chance of scooping the award.

Winner of 7 BAFTAs including Best Film and nominated for 10 OSCARs, #1917Film is in cinemas everywhere now. Take a look at how BAFTA-winning director Sam Mendes brought his one-shot masterpiece to life. pic.twitter.com/PKyNmpOcha

​However, Mendes is competing with such heavyweights as Martin Scorsese (The Irishman), Quentin Tarantino (Once Upon a Time in…Hollywood) not to mention Bong Joon-ho, who stunned everyone with his work Parasite. So it’s hard to predict who will take home the prize.

As usual, all songs featured in the best original song category will be performed live. Among the nominations is Into the Unknown from the animated movie Frozen II.

Idina Menzel, who did the voiceover for Elsa, will be joined on stage by actresses from at least nine other countries who provided the voice for the princess. Their countries of origin include Denmark, Japan, Poland, Russia, Spain and Thailand. The favourite in this category is Sir Elton John with his (I’m Gonna) Love Me Again, Rocketman.

This year’s ‘in Memoriam’ section will feature numerous acclaimed actors, composers, directors and producers who passed away in the previous year. Among them are Rutger Hauer, Franco Zeffirelli, Michel Legrand, John Singleton, Peter Fonda, Terry Jones and Kirk Douglas. The 92nd ceremony’s ‘in Memoriam’ section will also feature late NBA superstar Kobe Bryant, who won an Oscar for the best animated short film, which he wrote the screenplay for and produced.

Pop star Billie Eilish is among the musicians who will perform at this year’s ceremony. The 18-year-old, who recently won five Grammy awards, including best new artist and best song of the year, is rumoured to debut her theme song for the upcoming Bond movie, ‘No Time to Die’. Reports say that the star may also perform a cover of the Beatles’ ‘Yesterday’ during the ‘in Memoriam’ section.