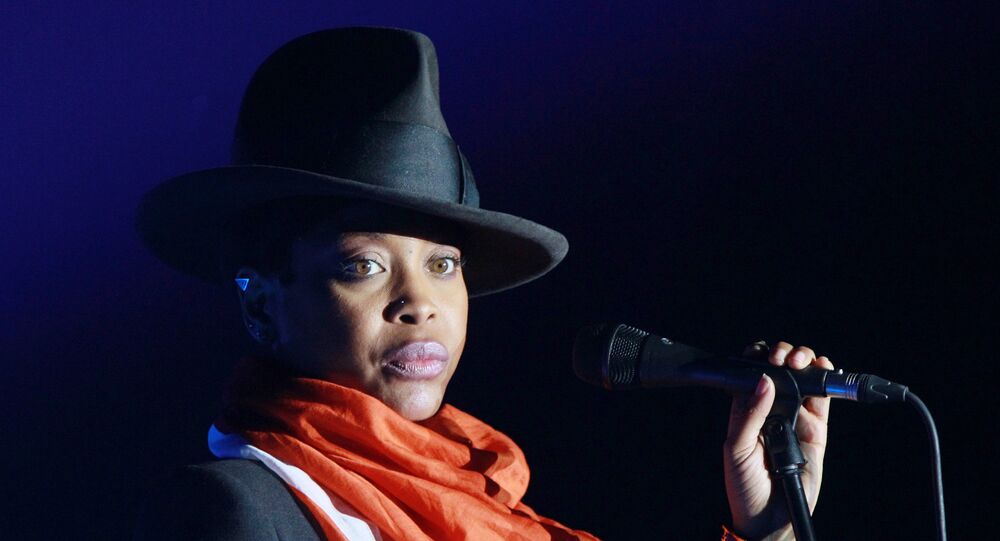 The singer apparently produced the new incense by cutting up and burning her own underwear, in order to ensure that it smells exactly as advertised.

While the market today is full of various goods that quite a few customers might consider exotic or even outright bizarre, it appears that American singer and actress Erykah Badu is about to unveil a new product that could fall into that category, 10 Magazine reports.

According to the media outlet, the commodity in question, which the singer intends to sell via her online store Badu World Market (expected to open on 20 February), is incense that smells like her vagina.

"I took lots of pairs of my panties, cut them up into little pieces and burned them," Erykah said regarding the process of making the incense. "Even the ash is part of it."

As the singer insisted that the product, called simply “Badu’s Pu**y”, will smell exactly as advertised, the magazine also pointed out that she actually calls her genitals a “superpower”.

Previously, famous actress Gwyneth Paltrow also launched the sale of a candle called "This Smells Like My Vagina", though that name was a product of a joke between Paltrow and “Heretic” perfumer Douglas Little rather than an accurate description of what the candle actually smells like.