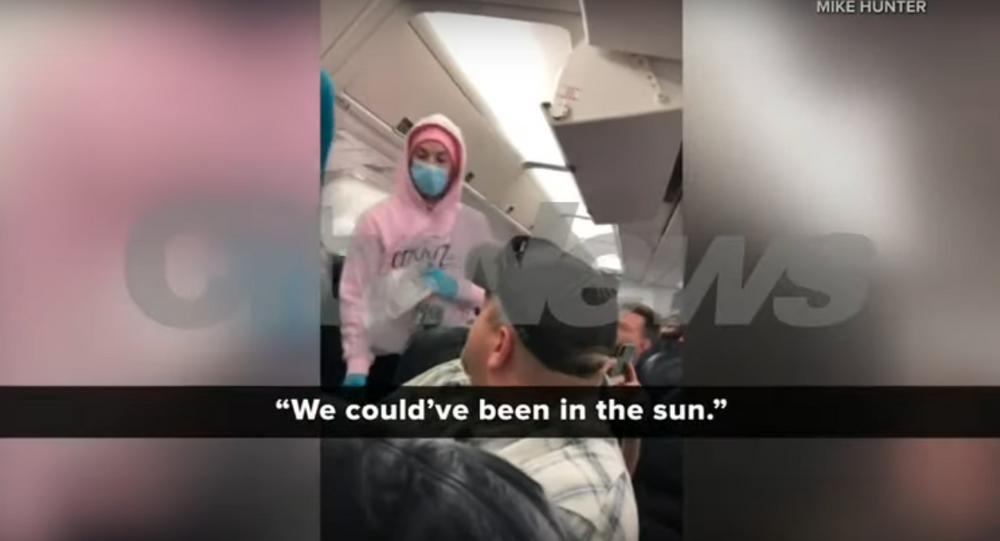 An aspiring social media star will be making his debut appearance in court after his attempt at going viral with a coronavirus-related announcement caused a Canadian airliner to make an emergency landing earlier this week.

James Potok’s attempt at gaining social media fame has resulted in criminal charges after WestJet Flight 2702 from Toronto, Canada, to Montego Bay, Jamaica, was forced to abort its flight after being in the sky for two hours on Monday.

In an interview with the Canadian Broadcasting Corporation (CBC), Potok, who is said to have described himself as an “up-and-coming hip hop R&B artist,” told passengers that he had just taken a flight from “the capital for coronavirus” and didn’t feel too well.

While Potok had whipped out his camera and expected the scene to go viral, he was instead faced with a flight attendant who made him wear a mask and gloves.

“They didn't seem too happy about it. I don't blame them. And I stopped recording, and I sat back down in my chair," he told the CBC.

Video from the scene recorded by another passenger and published on YouTube by CityNews Toronto shows Potok retrieving his bags as airline staff stand nearby to ensure he departs the jet.

“We could’ve been in the sun,” one passenger is overheard saying, referring to their Jamaican destination.

Additional footage from a passenger on the plane shows Potok exiting the aircraft.

WestJet flight to Jamaica was turned around halfway there when a 29 year old man announced that he had the Corona Virus ... It appears to be a prank ...250 passengers were standed in Toronto as well as others in Montego Bay , Jamaica pic.twitter.com/obscZav4FJ

The CBC reported that he was arrested and charged by Peel Regional Police at the Pearson International Airport in Toronto after he deplaned the aircraft, which had 243 passengers on board.

“Seemed to me like this was in poor taste - in retrospect,” he told Toronto-based news outlet Global News in a Tuesday interview. “I figured it would invoke some kind of reaction.”

However, the Instagrammer told the outlet that he told fellow passengers that he had been to “Hunan Province.” It’s worth noting that the coronavirus originated in late December in the Chinese city of Wuhan, which is located in Hubei Province, to the north of Hunan.

“I’m an artist. Any publicity for myself is good publicity,” he argued. However, he did admit that what he did was wrong, as he “ruined the flight” for travelers, and confirmed that he had been criminally charged for the act.

A brief search found that Potok does not even have 750 subscribers on YouTube, along with fewer than 250 followers on Soundcloud.

While this case was a hoax, the toll the virus has taken is real. On Wednesday, China’s Hubei Province reported that 70 new deaths had occurred in relation to the coronavirus, bringing the province’s death toll to at least 549 individuals, with another 19,700 people infected.

Potok is expected to appear in a Brampton courtroom on March 9, as he faces criminal charges of mischief and breach of recognizance.