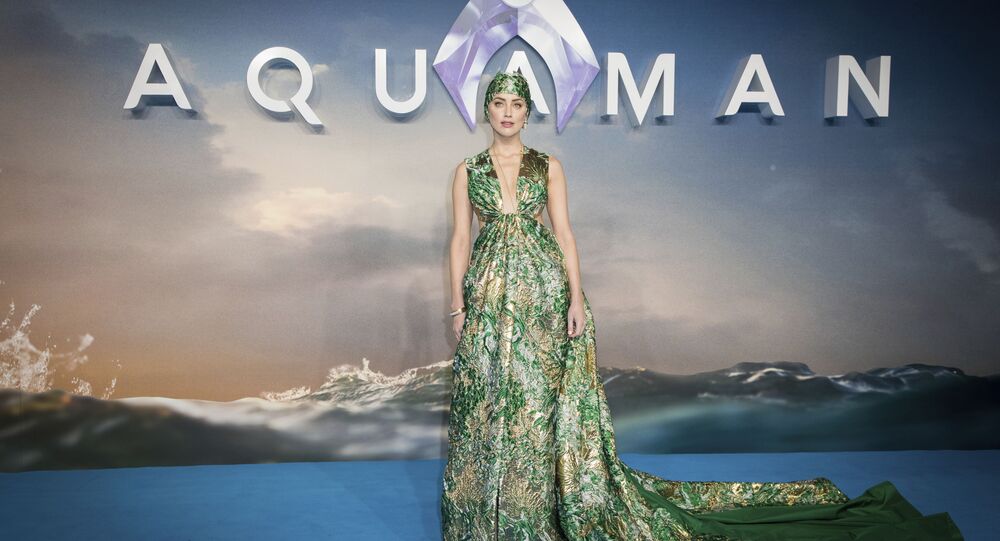 Petitioners Brand Amber Heard as Domestic Abuser, Call For Her Removal From Aquaman 2

The petition’s author stressed that men, just like women, can become victims of domestic abuse, and that abuse perpetrators should be prevented from being “celebrated within the entertainment industry”.

Even though the sequel to the DCEU superhero blockbuster “Aquaman” is only expected to be released in 2022, it appears that thousands of disgruntled fans are already seeking to have actress Amber Heard kicked off the movie.

An online petition on change.org, which has already accrued over 163,000 signatures at the time of this article’s writing, calls Warner Brothers and DC Entertainment to remove actress and model Amber Heard from their “Aquaman 2” film project, over her alleged abuse of famous actor and her ex-husband Johnny Depp.

"Men are victims of domestic abuse, just like women. This must be recognized, and action must be taken to prevent a known abuser from being celebrated within the entertainment industry", the petition’s author wrote.

This development comes amid the ongoing legal battle between Heard and Depp which started when the latter launched a $50 million defamation lawsuit against the actress after she penned an op-ed in The Washington Post where among other things she spoke about being a victim of domestic violence.