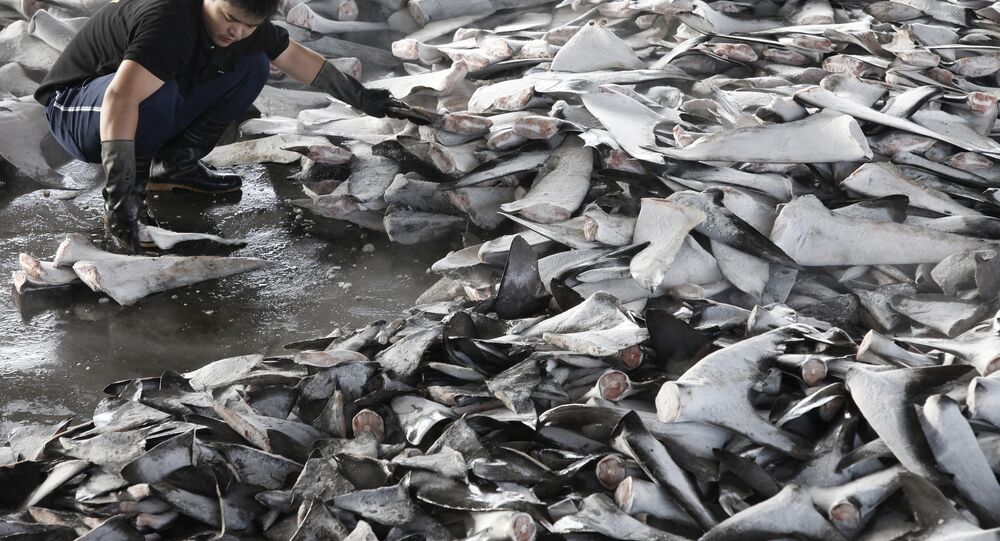 Nearly 1,400 pounds of dried shark fins were seized by the US Fish and Wildlife Service and the US Customs and Border Protection at Florida’s PortMiami on January 24.

Inspectors found the fins in around 18 boxes at the seaport located in Biscayne Bay in Miami, Florida. They believe the fins, which are worth between $700,000 and $1 million, were bound for Asia.

​“It is very big money stuff. It is very harmful to the ecology,” Bouncer Smith, a charter boat captain, is quoted as saying by CBS Miami.

Authorities are currently investigating the incident, and no charges have yet been filed.

Shark finning is the act of removing fins from sharks and discarding the live creatures back into the sea. Unable to properly swim, the sharks sink to the bottom of the ocean, where they suffocate or are eaten by predators.

“This is one of the most heinous crimes in nature that we have seen,” Smith is quoted as saying by CBS Miami.

Smuggled shark fins are usually made to make shark fin soup, which is considered a delicacy in China that is associated with wealth and festivity.

“Whether it is rhino horns, elephant tusks, shark fin soup, they seem to be if you convince ‘em it’s hard to get, they want it all that much more,” Smith said.

“Sharks are apex predators and play a vital role in maintaining marine ecosystems. Without them, marine animals and habitats would suffer,” the HSI warns.