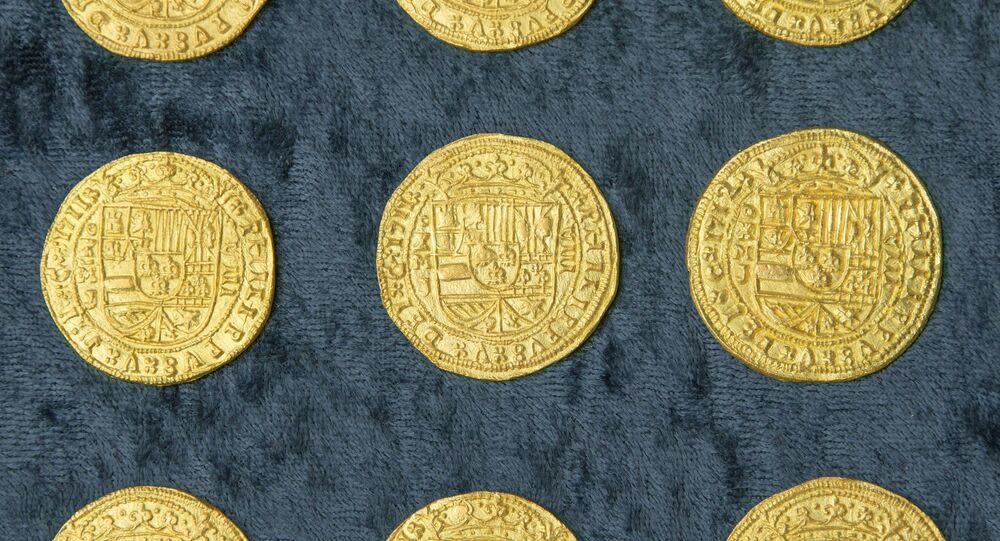 The largest hoard of coins ever found in the world was discovered in 1908, when treasure hunters uncovered 15,000 medieval silver pennies that dated back to the 13th century.

Treasure hunters have set a UK record, finding almost 70,000 Roman and Celtic coins on the island of Jersey. Metal detectorists Reg Mead and Richard Miles said that they had spent 30 years searching for the treasure after a local woman described that she had seen silver buttons in the area. The hoard was discovered at a depth of just one metre beneath a hedge in a mound of clay.

The сoins are dated to around 50 BC and their value is estimated at about $13 million. Under the Treasury Act 1996, the treasure belongs to the Queen; however, both men are entitled to a reward.
The number of coins has been verified at 69,347, which makes it the largest UK collection of Iron Age coins. The previous record holder was a discovery of 60,000 coins in Wiltshire, England in 1978.

Some of the findings are already on display at La Hougue Bie Museum in Jersey. "Once again, it [the discovery] puts our island in the spotlight of international research of Iron Age coinage and demonstrates the world-class heritage that Jersey has to offer", said Olga Finch, curator of archaeology for Jersey Heritage.