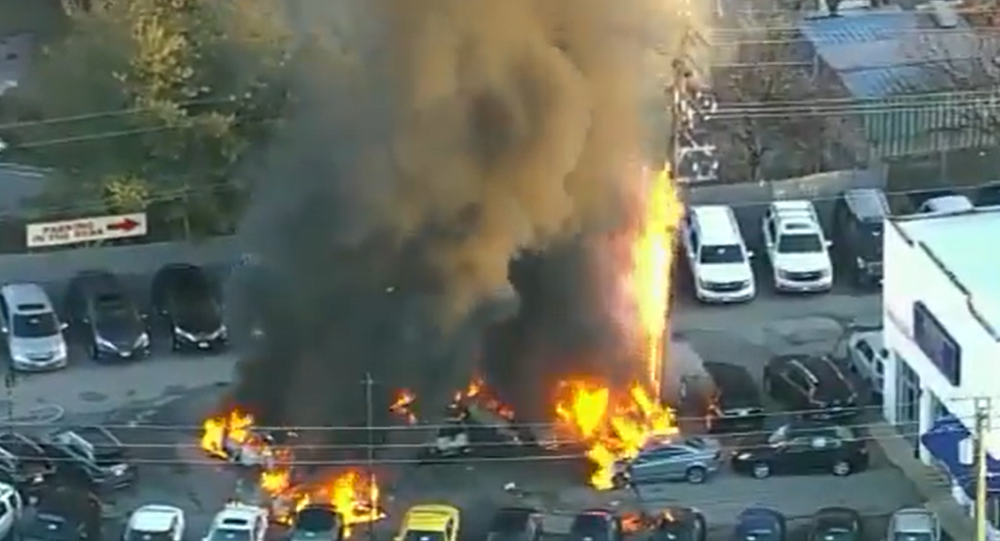 The fire is believed to have broken out at the car repair shop around 6:30 a.m. local time. Photos shared on social media show flames and billowing black smoke engulfing the cars.

​Firefighters from the Annapolis Fire Department extinguished the blazes with foam after workers with Baltimore Gas & Electric (BGE) cut the power to the shop.

"When our crews arrived on location, they found four cars that were on fire, electrical wires down on top of them," Annapolis Fire Battalion Chief John Ortlieb is quoted as saying by local news outlet WBAL-TV. An electrical fire takes place due to malfunctions within electric wires, cables, circuit breakers and other electrical components.

​According to the Baltimore Sun, the fire damaged at least 13 cars, cut power for around 1,000 businesses and homes and forced a nearby school, the Monarch Academy Annapolis, to close down for the day. However, nobody was injured during the fire.

​Neighbor John Jones described to CBS Local how the fire woke him up.

“We heard this loud boom. I told my wife, ‘Let’s get out of here.’ At the same time, we saw the transformer start lighting up. And somehow one of the wires came down and came into contact with one of the vehicles. That’s when an explosion started taking place,” he said.

​However, according to BGE officials, a transformer did not explode.

“BGE’s preliminary investigation indicates that a power line became displaced on West Street in Annapolis. This interrupted electric service to approximately 1,600 customers and resulted in damage to the pole carrying the power line and property of the adjacent business,” the company said in a statement obtained by CBS Local.

Power was restored to the area a few hours after the fire. Officials are currently investigating the cause of the incident.