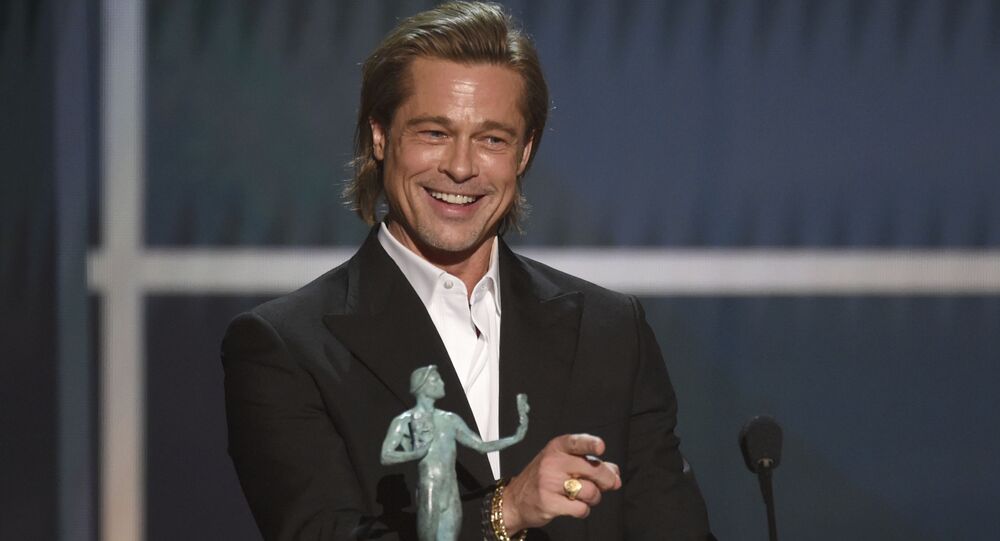 The actor recently made guests to the Screen Actors Guild Awards burst into laughter as he accepted an award for best supporting actor in Once Upon a Time in Hollywood. After thanking his co-stars he said: “Let’s be honest it was a difficult part – a guy, who gets high, takes his shirt off and doesn’t get along with his wife. It’s a big stretch”.

Hollywood star Brad Pitt has taken a jab at ex-royals Prince Harry and Meghan Markle in his acceptance speech at the British Academy Film Awards or BAFTAs. The 56-year-old won an award for best supporting actor in Quentin Tarantino’s movie Once Upon a Time in Hollywood. However, Pitt didn’t appear at the ceremony due to "family obligations". His co-star Margot Robbie collected the award and read out Pitt’s speech.

In the beginning of his speech Pitt also poked fun at Brexit. "Hey, Britain! Heard you just became single", a reference to Pitt’s recent divorce from Hollywood star Angelina Jolie. "Wishing you the best with the divorce settlement", said Margo Robbie, who read Pitt’s speech.

The actor then thanked the British Film Academy, his co-stars and director Quentin Tarantino, before saying: "I’m going to name it [the BAFTA] Harry, because I am excited to bring it back to the [United] States with me".

Before the audience decided whether it loved or hated the joke Margot Robbie said "his words, not mine" and left the stage. The cameras then showed Prince Harry’s brother, Prince William and his wife Kate Middleton laughing at the joke.

​Prince Harry and his wife Meghan Markle shocked the world when they announced on 8 January that they wanted to step back from senior roles in the Royal Family and split their time between the United Kingdom and the United States and Canada. Reports say that the couple did not warn other members of the family, who learned the news like the rest of the world.

Brad Pitt recently entertained the audience at the Screen Actors Guild Awards and the Golden Globes, where he too won awards for his part in Once Upon a Time in Hollywood. Speaking about Quentin Tarantino’s movie, Pitt said: "When I asksed Quentin how he wanted us to play two aging movie guys on their way out he said ‘just be yourselves’".

That same night he made the audience burst into laughter during his acceptance speech. Thanking his co-star Leonardo DiCaprio, Pitt said: "He's an all-star, he's a gent, and I wouldn't be here without you. I thank you, man. Still, I would have shared the raft", which was a reference to a scene in Titanic in which Rose, portrayed by Kate Winslet lets Jack, played by DiCaprio, freeze to death instead of making room on the raft she is floating on.