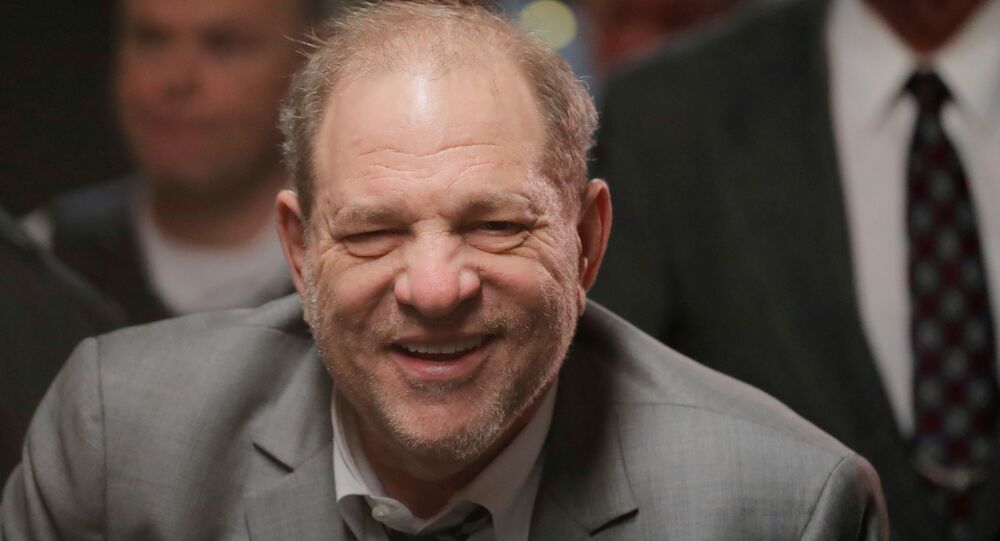 Former Hollywood mogul Harvey Weinstein, 67, is facing accusation of sexually harassing and assaulting women over a number of years. However, the businessman has insisted all his sexual relationships were consensual.

Jessica Mann, one of the accusers of the now-disgraced Hollywood mogul Harvey Weinstein, testified on Friday in a New York courtroom that the former film producer doesn’t have "testicles", claiming that she first thought he was “intersex”, according to New York Magazine’s Vulture.

The 34-year-old actress, who is accusing the former filmmaker of raping her in 2013 when she was a new to the industry, made the bombshell claims during her testimony in the ongoing trial of Weinstein, alleging that she had sex with him because of her own inexperience.

“The first time I saw him fully naked, I thought he was deformed and intersex. [...] He does not have testicles, and it appears that he has a vagina", the woman reportedly testified.

The ex-Hollywood mogul was reported to have lowered his head as the woman made the claim in the courtroom.

The Weinstein trial began in January at the New York Supreme Court where he has been charged with sexual misconduct. He has also been indicted on four criminal charges, including rape and harassment in Los Angeles, California. Dozens of actresses and Hollywood employees have accused Weinstein of sexual harassment, with some accusations dating back as far as 1980.

Weinstein has consistently claimed that his sexual relationships were consensual, though he admitted he may have acted inappropriately.

His lawyers argue that a women’s continued sexual interaction with Weinstein - arguably the most powerful Hollywood mogul prior to his arrest - indicate that nothing untoward happened.