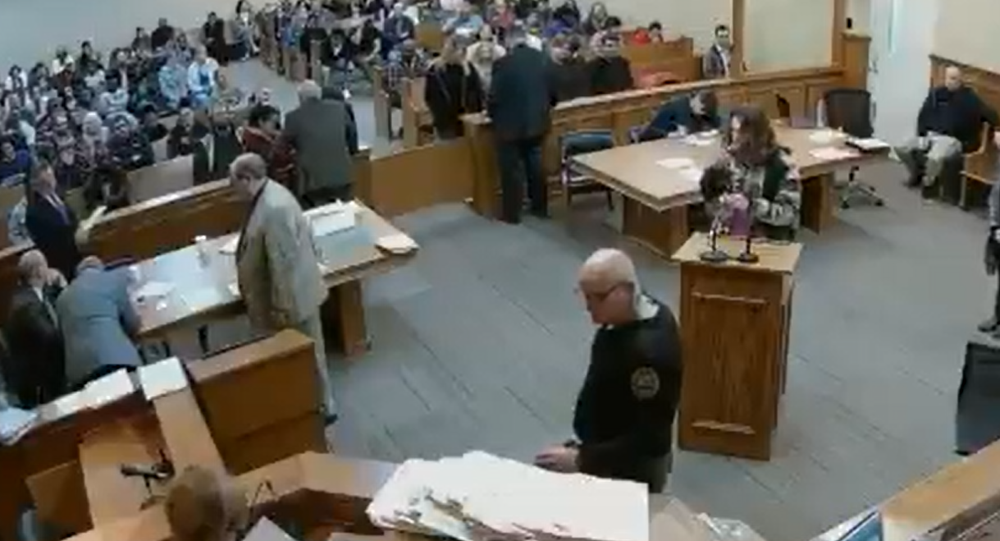 Video: US Man Lights Up Marijuana Cigarette While in Court For Pot Charge

A 20-year-old Tennessee man was arrested after smoking a marijuana cigarette during a courtroom appearance on Monday.

Spencer Boston pulled out and lit the marijuana cigarette while standing at a podium in front of Judge Haywood Barry on a simple drug possession charge, Wilson County Sheriff Robert Bryan confirmed, the Tennessean reported.

​According to the US Sentencing Commission, simple drug possession is a “misdemeanor under federal law which provides that an offender may be sentenced to a term of imprisonment of not more than one year, fined a minimum of $1,000, or both.”

Boston pulled out the marijuana cigarette and a box of matches as he was expressing his belief that marijuana should be legalized in front of the judge. He managed to get a few drags in before security officers realized he was smoking. Video footage of the incident shows a security officer handcuffing Boston and attempting to escort him out of the courtroom. People in the courtroom erupted into laughter at Boston’s actions, according to local outlet WSMV.

​At some point during the incident, Boston yells, “The people deserve better!”

Boston was taken into custody and charged with disorderly conduct in addition to his charge for simple possession of marijuana. Barry also held Boston in contempt of court for his actions, which is the offense of being disobedient or disrespectful in a court of law.

Boston is currently serving 10 days in jail for the contempt charge. After completing his 10 days in prison, he’s eligible for a $3,000 bond. Boston’s next court appearance is set to take place on April 14.