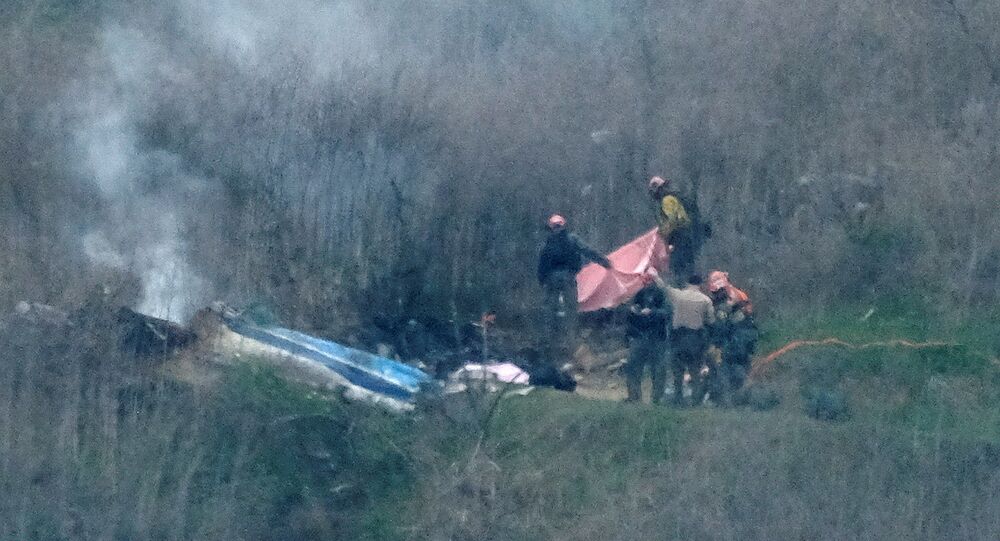 Newly released footage from a Nest doorbell camera has offered further insight into the fatal crash of a Sikorsky S-76A helicopter that was transporting famed NBA player Kobe Bryant, his 13-year-old daughter Gianna and seven other passengers through southern California.

The chilling audio content was captured on the doorbell camera belonging to Calabasas resident Ronna Leavitt. In the 43-second video clip, viewers can hear the ringing sounds of the four main and tail rotor blades of the doomed chopper as it makes its way over Leavitt’s housing complex. Three seconds before the clip ends, a thump can be heard, which is followed by silence.

​Similar audio of the impact has also been shared by Twitter user Christopher Ng. Additionally, a cellphone recording of the chopper as it flew through the Glendale area was captured and shared on social media by David Lyudmirsky, who began filming after noticing the helicopter “performing a very aggressive circling maneuver.”

​Lyudmirsky told the New York Post that his attention was initially directed to the helicopter after hearing a noise “as loud as thunder - imagine of gang of bikers - overhead.”

“I didn’t think [the helicopter] was in trouble,” he added. “I just didn’t understand what was going on … you just never ever see that, ever, [except] at an air show.”

Although it’s unclear if Ng’s footage has been shared with investigators of the National Transportation Safety Board (NTSB), ABC7 reported that audio content shared by Leavitt has been passed on to officials. Lyudmirsky has indicated that he too has shared his recording with investigators.

Californian Elisa Bomer, who witnessed the deadly incident, told the local news outlet that she and others “heard a sputter coming through and then a boom” when the chopper came crashing down over the weekend on the Calabasas hillside.

NTSB officials have determined that pilot Ara Zobayan had been attempting to climb out of the foggy cloud coverage when the aircraft suddenly leaned left and began a 1,200-foot descent that lasted for roughly a minute.

“This is a pretty steep descent at high speed,” Jennifer Homendy of the NTSB said Tuesday during a briefing. "We know that this was a high-energy impact crash."

Homendy stated that the helicopter may have missed clearing the hillside by some 20 to 30 feet, and that the Sikorsky aircraft was not fitted with the Terrain Awareness and Warning System, which is designed to sound off in the event that an aircraft is in danger of crashing. The chopper was also not equipped with a black box similar to those used on commercial airplanes.

Although a preliminary report is due to be released in 10 days, it may take up to 18 months before a full report on the crash will be issued by the federal agency.

Since the Sunday crash, all nine bodies have been recovered from the site, the Los Angeles County Medical Examiner-Coroner announced Tuesday. Four bodies, those of Kobe Bryant, John Altobelli, Sarah Chester and Zobayan, have been identified thus far through the use of fingerprints, the coroner later noted. The five remaining individuals aboard the helicopter - Gianna Bryant, Keri and Alyssa Altobelli, Payton Chester and Christina Mauser - have yet to be officially identified.