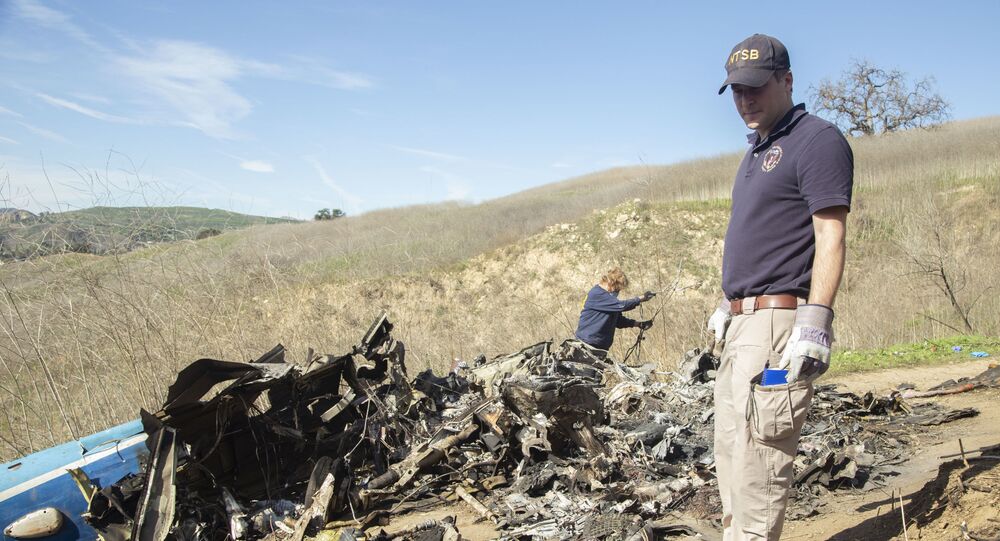 Newly released footage from the US National Transportation Safety Board (NTSB) shows agency investigators examining the wreckage of the January 26 helicopter crash in Calabasas, California.

Video uploaded to YouTube Tuesday by the NTSB featured the Monday scene on the Calabasas mountainside following the Sikorsky S-76B's fatal crash that claimed the lives of NBA legend Kobe Bryant, his 13-year-old daughter and seven other individuals.

"There is an impact area on one of the hills, and a piece of the tail is down the hill, on the left side of the hill," NTSB member Jennifer Homendy told reporters Monday night, reported AccuWeather. "The fuselage is over on the other side of that hill, and then the main rotor is about 100 yards beyond that. The debris field is about 500 to 600 feet."

The NTSB has also issued an appeal to the public requesting photos of the weather in the area during the incident. According to AccuWeather, Calabasas was covered in dense fog at the time of the fatal crash.

Kurt Deetz, a helicopter pilot who often flew Bryant from 2014 to 2016, told the Wall Street Journal that the weather made for tricky flight conditions - no matter the pilot’s experience level.

He also told the Los Angeles Times that Ara Zobayan, the 50-year-old pilot in command of the fatal flight, was faced with a tough decision to make between pleasing a VIP client and making the correct safety decision.

“Biting the bullet and saying, ‘The weather’s crap, I have to turn back.’ It’s hard to accept the fact you can’t get the job done,” Deetz said.