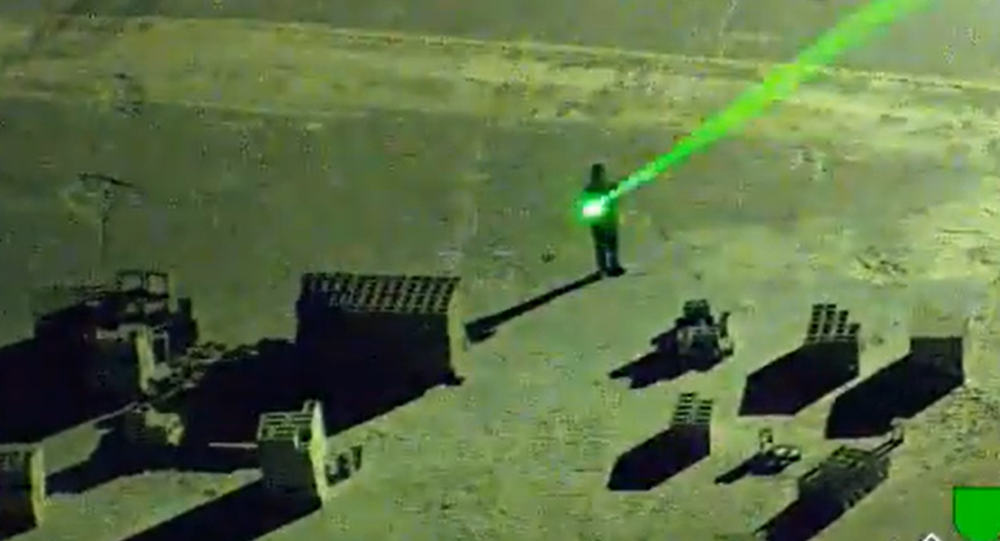 Video: US Man Arrested for Pointing Lasers at Planes Landing at Florida Airport

A Florida man has been arrested after he allegedly pointed lasers at planes attempting to land at Sarasota-Bradenton International Airport in Sarasota, Florida.

According to deputies with the Manatee County Sheriff’s Office (MCSO), 41-year-old Charlie Chapman Jr. was aiming a laser pointer at planes at around 7:40 p.m. local time last Wednesday. When the MCSO Aviation Unit tried to locate the suspect via helicopter, Chapman also pointed the laser at them, according to a news release by the sheriff’s office. The release also notes that deputies struck Chapman with a stun gun after he allegedly “grabbed a hammer” and made a striking motion in their direction.

​“It was later learned that Chapman shot his laser pointer on a fixed wing plane four times and one time at the MCSO helicopter. One of the pilots of the plane advised that the laser hit him directly in the eyes, causing temporary blindness. The pilot stated he ... still felt his eyesight was blurry from the laser,” the release notes.

According to local outlet WDTV, the pilot who experienced vision blurriness was a student pilot flying a Cessna Skyhawk aircraft. A second pilot hit by the laser is believed to have been flying a commercial United Airlines plane that can carry up to 150 passengers.

“The effect of that laser light, hitting inside the cockpit and temporarily disorienting them or causing temporary vision impairment, which impedes upon their ability to safely land that aircraft,” Sarasota-Bradenton Airport Police Chief Ted Kohuth is quoted as telling WDTV.

A video released by the MCSO on Twitter shows a man alleged to be Chapman pointing a laser at an aircraft. Chapman was transported to the Manatee County Jail after being taken by authorities to the Lakewood Ranch Medical Center on Wednesday.

Laser and Oxygen: Scientists Come Up With New Way to 'Burn' Gynecological Disorders