During a recent press conference in Davos, US Treasury Secretary Steven Mnuchin responded to a question about Greta Thunberg’s recommendation to move away from fossil fuels by advising the 17-year-old activist to study economics in college first, a comment that has received strong reactions from the public, as well as from the eco-warrior herself.

Steven Mnuchin, the US treasury secretary, said that his earlier remark about Greta Thunberg lacking a degree in economics while giving advice when it comes to the consumption of fossil fuel was intended as a joke, Reuters reported, citing the official’s comments, which were made during a Saturday event at the Chatham House in London.

According to New York Times reporter Alan Rappeport, Mnuchin also added that he was not an “expert” on environmentalism.

Mnuchin said his Greta Thunberg go study Econ comment was “somewhat in jest” and that he’s not an environment expert. https://t.co/1CD4WS7C6v

​This week, during a press conference at the Davos Economic Forum, Mnuchin jokingly wondered whether the famous 17-year-old eco-activist was “a chief economist” after being asked about Thunberg’s call to move away from fossil fuels.

“Who is she? I'm confused”, the treasury secretary jested. 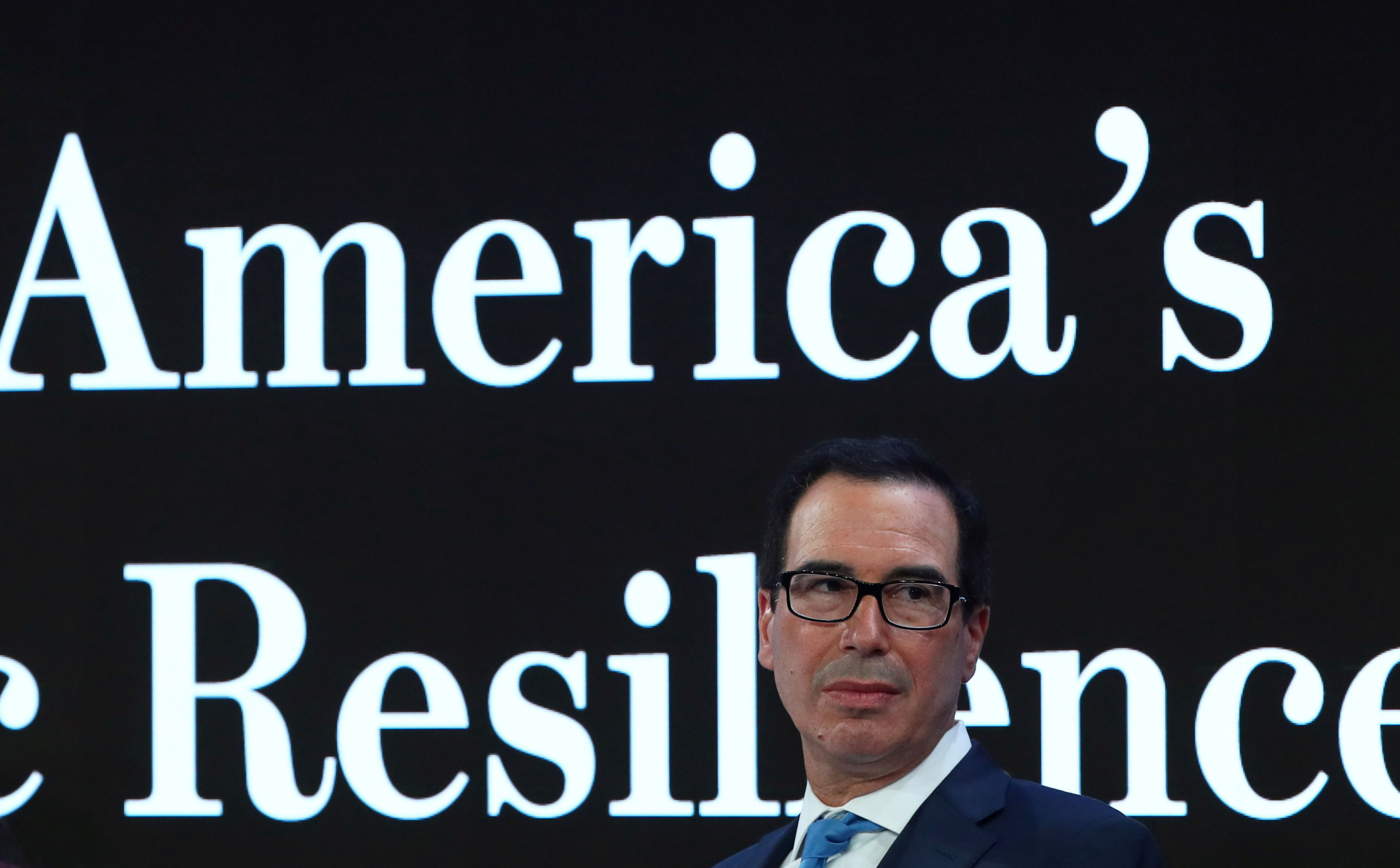 “After she goes and studies economics in college, she can come back and explain that to us”, he added at the time.

However, his comments were soon rebuked by Greta Thunberg herself, who took to Twitter to argue that it did not “take a college degree in economics” to understand that the “remaining 1,5° [Celsius] carbon budget and ongoing fossil fuel subsidies and investments don’t add up”.

© REUTERS / DENIS BALIBOUSE
Trump at Davos: 'Greta Thunberg Beat Me Out on TIME Magazine'
Many social media users also supported the environmentalist, while slamming Mnuchin for his alleged rudeness.

Greta Thunberg rose to international prominence in 2018 after launching a school climate strike movement, first outside the Swedish parliament and then worldwide. The activist has taken a gap year to raise awareness about environmental issues, while calling upon world leaders to stop investing in fossil fuel extraction.