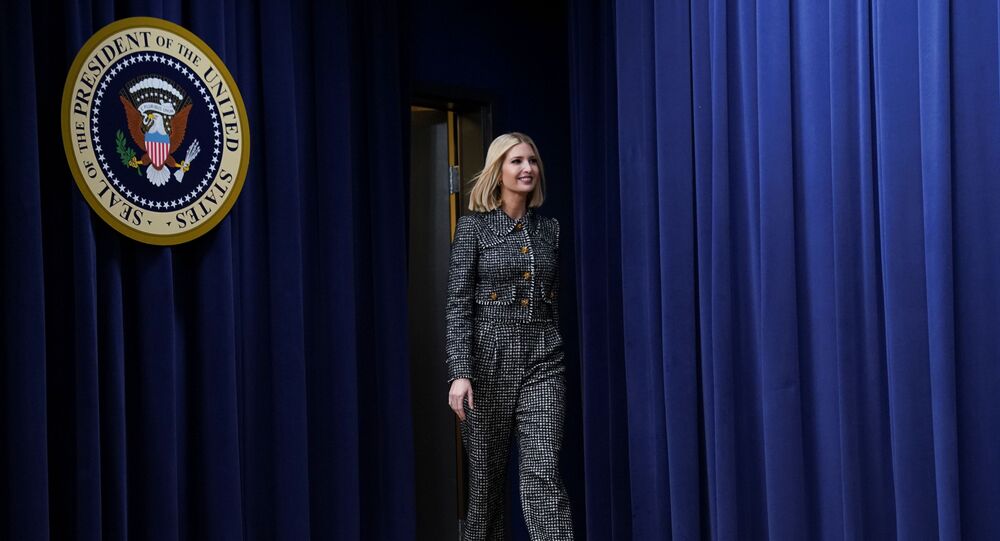 Despite Ivanka’s refusal to knock Greta Thunberg, pretty much contrary to POTUS’s commonplace criticism of the “angry” Swedish teen, she still took a veiled dig at the activist’s “pessimistic outlook", and instantly found herself in hot water.

“I’m not going to criticize anyone who’s bringing their energy and voice", Ms Trump told reporters in Davos, Switzerland, where international delegations are meeting this week for the annual economic forum.

“That’s not my style. I think she’s elevated awareness and that’s a positive thing", the businesswoman-turned presidential aide noted, adding she found fault with Thunberg’s pessimism:

“I believe in American innovation and global innovation. Only a purely pessimistic outlook is not going to help us solve the problem", remarked Ivanka. Interestingly enough, her subscribers had earlier welcomed the first daughter to get in touch with Thunberg as part of the former's Pledge to American Workers.

The comment has been taken by many as an invitation to Greta to paste a smile on her face, with netizens tauntingly suggesting there is a great deal that they would want Ivanka herself to do – for instance, “no to be anywhere near government”:

And I would like @IvankaTrump not to be anywhere near government, because she doesn’t belong. I’d also like her to stop being a grifter/thief, feckless, & useless. But social cues are lost on her.

It's none of her business...that's what's wrong with it

…while some suggested that whatever the feedback, Greta couldn’t care less:

“I'm quite sure Greta doesn't give a 💩what you think", one posted with a “botoxbarbie” hashtag, while a second brazenly wondered why “she opens her mouth at all":

Why does she open her mouth???

“Clearly not as astute and mentally strong as…” another posted without finishing the sentence.

Some, however, took Ivanka’s words differently, expressing hope that she shared her father’s patent skepticism of eco-activism:

I thought Ivanka was smarter than this!!!!
“Ivanka Trump praises Greta. Thunberg: 'She's elevated awareness and that’s a positive thing'https://t.co/ac5Dc7WsGm

.. while another Twitterian took a dig at her “***hole dad and his cowardly cronies”:

Yes @IvankaTrump, we're now all aware that your asshole dad and his cowardly cronies will bully her at will. @stevenmnuchin1 proved that once again today. Such manly men. #GretaThunberg https://t.co/VFNXxXAbrs

Ms Trump’s remarks come after Thunberg called out business and political elites gathered at WEF Tuesday for their insufficient action with regard to climate change and its repercussions.

“We need to start listening to the science, and treat this crisis with the importance it deserves", The New York Times cited Thunberg as saying. “I wonder, what will you tell your children was the reason to fail and leave them facing the climate chaos you knowingly brought upon them?” Thunberg queried, months after a fiery speech at the United Nations.

She warned that those in power will be closely watched, scolding grown-ups for their irresponsible approach:

“This is all wrong. I shouldn't be up here, I should be back in school on the other side of the ocean, yet you all come to us young people for hope. How dare you".

Ivanka’s Dad, on the contrary, seemed to be more reserved in his comments, as he told reporters in Davos that he “didn’t really know anything about her”, portraying her as “very angry".

He had earlier also taken aim at her temper, branding her win of Time’s 2019 "Person of the Year" as “ridiculous” and calling her to work on the “anger management problem."

Last week, 17-year-old Thunberg, who shot to fame as a result of her one-person school eco-protests, took aim at tennis star Roger Federer over his contract with the bank Credit Suisse, which has been found to have invested millions in fossil fuels.