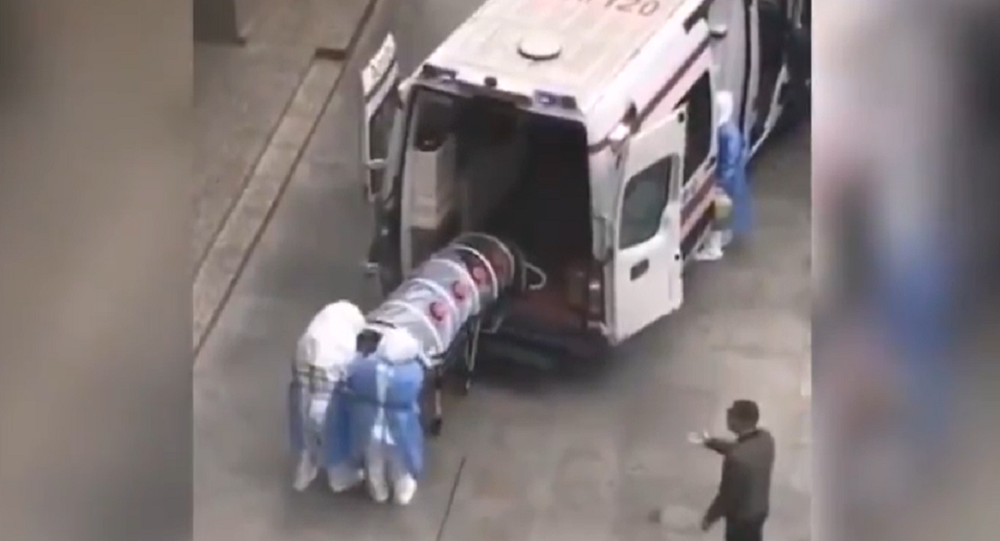 Videos shared online this week show people in China who are either infected or suspected to be infected with a new type of coronavirus being transported in metal boxes or plastic tubes to prevent more cases of the disease as it continues to spread at a rapid rate across the country.

In one of the videos, shared by Radio Free Asia, a patient seemingly infected with the virus in the Chinese city of Huizhou in the southern Guangdong province is taken out of an ambulance in a large plastic tube by medical workers wearing protective clothing. In another video tweeted by Xie Qing, a journalist in Hong Kong, a patient appears to be transported through an airport in a large metal box with wheels and windows.

​The SARS-like virus, which is officially known as 2019-nCoV, first began spreading in the central Chinese city of Wuhan some time between December 12 and December 29. Since then, there have been at least 570 cases of the virus across China, and at least 17 people have died there as a result. Some coronavirus cases have also been registered in Hong Kong, Taiwan, Thailand, Japan, South Korea, the United States and Macau, although no deaths have been reported outside of China. In Wuhan, residents have been ordered to wear masks and not to leave the city without good reason.

One person in the US has been infected with the virus. Authorities have not yet released the man’s identity, but he is described as being in his 30s and contracted the virus after a recent visit to China.

​According to Dr. George Diaz, who is helping treat the patient at the Providence Regional Medical Center in Everett, Washington, the patient is quarantined in a 20-foot-by-20-foot bio-containment room and is also being treated by a robot with a stethoscope to limit doctors’ potential contact with the virus, the Guardian reported. At least 16 people who had contact with the patient are being monitored closely, although none of them have shown any symptoms yet.