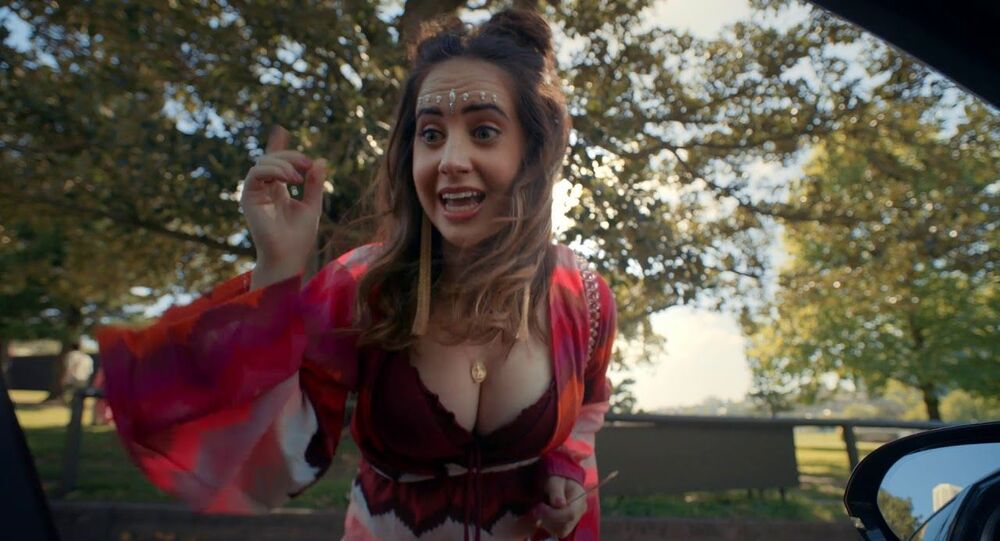 'Did Someone Say KFC?': Fast Food Giant Apologizes After Being Bashed Over 'Sexist' Ad

While some bashed the new KFC advertisement over its alleged objectification of women, a number of social media users argued that the ad was actually funny and slammed its critics instead.

Famous fast food chain KFC has recently come under fire from a group called Collective Shout which opposes the objectification of women in a somewhat risqué ad released by the company’s Australian branch, news.com.au reports.

The ad in question shows a young woman checking her appearance in the tinted window of a parked car, apparently being unaware of the fact that the car is occupied. The car’s window then rolls down, revealing two young boys ogling the girl with mouths agape, and an older woman in the driver’s seat with a bemused expression on her face.

"Did someone say KFC?" the girl inquires, which, as the media outlet points out, is a catchphrase featured in a series of ads "showing people using KFC to get out of awkward situations".

"The ad is a play on tired old stereotypes, where young women are sexually objectified for the benefit of men – even young boys – and the males are helplessly transfixed when confronted with the opportunity to ogle a woman’s body", she said.

In response, the company issued an apology for the ad.

"We apologise if anyone was offended by our latest commercial. Our intention was not to stereotype women and young boys in a negative light," a spokesperson for Yum Brands-owned KFC's South Pacific unit said.

Meanwhile, the ad elicited a somewhat mixed reaction online, as while some netizens apparently did regard it as inappropriate, others berated the video’s critics instead.

It's 2020. If your not offended, that's deemed offensive

@KFCAustralia Their "food" makes me want to vomit, their ads do too.

Funny!! 😂 Some PC groups need to get a grip and ask themselves why they find those things offensive when the majority of Aussies don’t.