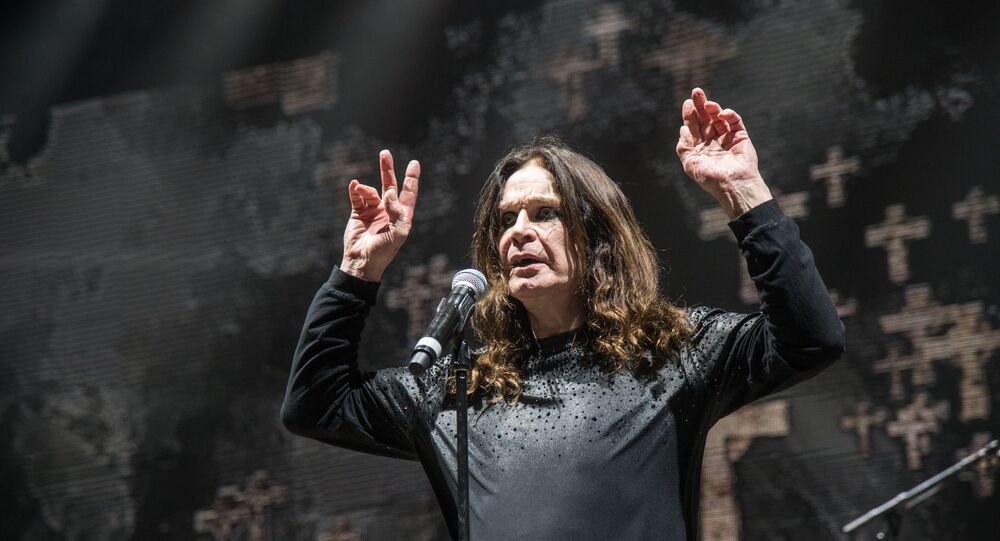 'I’m a Lot Better Now': Ozzy Osbourne Speaks Up About His Health Problems

Despite all the hardships he has had to deal with during the past year, Ozzy Osbourne has recently released a new single, “Ordinary Man”.

The legendary English rock star and Black Sabbath lead vocalist Ozzy Osbourne has shed light on his struggle with Parkinson’s disease in an exclusive interview for ABC’s Good Morning America.

Ozzy and his wife and manager Sharon spoke about the musician’s health issues and the hardships he has had to endure since last February.

"It's been terribly challenging for us all. I did my last show New Year's Eve at The Forum. Then I had a bad fall. I had to have surgery on my neck, which screwed all my nerves", Ozzy told host Robin Roberts.

As Sharon explained, the form of Parkinson’s disease her husband was diagnosed with is apparently known as “PRKN 2”, noting that there are many forms of this disorder.

"It's not a death sentence by any stretch of the imagination, but it does affect certain nerves in your body. And it's like you have a good day, a good day, and then a really bad day", she elaborated.

As the media outlet points out, while previously the musician fought rumours about his physical state, even denying that he had Parkinson’s at one time, “all that is now in the past”, with Ozzy postponing his world tour and taking nerve pills and Parkinson’s medication.

"I got numbness down this arm for the surgery, my legs keep going cold," he said. "I don't know if that's the Parkinson's or what, you know, but that's -- see, that's the problem. Because they cut nerves when they did the surgery. I'd never heard of nerve pain, and it's a weird feeling", he said.

Ozzy also confessed that, "coming from a working class background", he really hates to "let people down", and the sight of his wife and kids going to work and trying to be helpful to him while he can’t "contribute" to his family really gets him down.

"But you know, put it this way - I'm a lot better now than I was last February. I was in a shocking state", he confessed.

At the same time, Ozzy, who recently released his new single "Ordinary Man", praised his fans for their support, saying that he wants to "see my people" and that he misses them "so much".