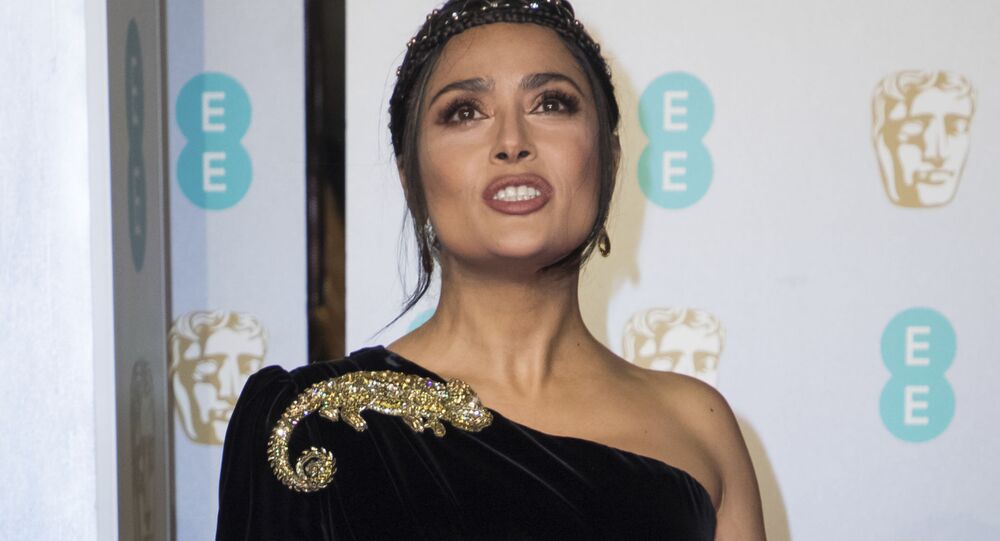 Her statement comes as the famous Hollywood producer, who worked on more than 300 films and won an Oscar in 1999, prepares to appear in court on 22 January. Weinstein faces five charges, including rape and sexual assault. He denies all the accusations and said encounters were consensual. If convicted he could face life in prison.

Hollywood actress Salma Hayek has claimed film producer Harvey Weinstein tried to "sink" her movie after she rejected several of his requests and demands to become "sexier", in an interview with the British newspaper The Sun. The pair worked on the 2002 movie "Frida", a biographical drama about Mexican painter Frida Kahlo, which Hayek starred in and produced.

The 53-year-old star, who is now in Britain to promote her new movie "Like a Boss", claimed Weinstein hindered the filming process and "boycotted" her after Hayek turned down his requests. "He wanted me to be sexier, he asked me to thin my eyebrows. And after I had refused to do all those things, he boycotted me as revenge. Yet that film went on to earn six Oscar nominations and won two”, the actress told The Sun.

Hayek told the newspaper it is important that people start speaking out against and expose wrongdoing by powerful people. "It’s important that we’re starting to talk about the representation of women and minorities in the film industry. We couldn’t talk about that when I was starting out in the business or it could be very harmful to your reputation", Hayek said.

Weinstein, whose trial will start on 22 January, has previously been accused by Hayek of misconduct. She claimed that the decorated Hollywood producer threatened to kill her if she didn't agree to grant him sexual favours and tried to thwart the movie. In an essay published in The New York times the actress wrote:

"I did not care about the money; I was so excited to work with him and that company. In my naïveté, I thought my dream had come true. Little did I know it would become my turn to say no. No to me taking a shower with him. No to letting him watch me take a shower. And with every refusal came Harvey’s Machiavellian rage. I don’t think he hated anything more than the word 'no'".

In an interview with The Sun, the Hollywood star revealed how she prepared for her new movie "Like a Boss".

The 53-year-old actress, who previously said she opposed plastic surgery, said she nearly reconsidered her views while preparing for the role as the glamorous owner of a cosmetic firm. Hayek said she wanted to plump her lips, but changed her mind right after a doctor inserted a needle into her lip, because it was too painful. The Mexican-born star revealed that she had to wear a pair of fake teeth to make her lips look bigger instead of doing lip injections.