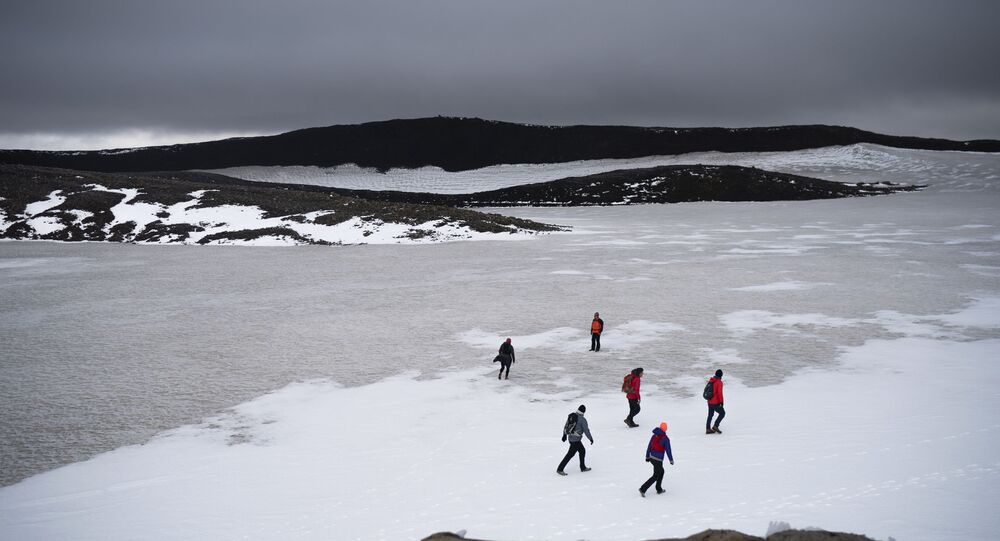 The couple allegedly drove a rental car that was found with broken windows. The bodies of the man and woman, said to be in their 20s were lying apart, with the man’s body found 150 metres from his sweetheart.

Two Chinese tourists have been found dead on a path to the site of a mysterious plane crash in Iceland. Local detectives assume that the couple froze to death as the bodies showed signs of hypothermia, local newspaper Visir reported. Chief constable of the South Iceland Police Oddur Árnason said the discovery was unusual, the pair, said to be in their twenties were found apart.

"We know that they passed traffic cameras on Hvolsvellir on Monday at around 3 p.m. and that on Monday and Tuesday the weather was egregious, which offers some clues. We don’t want to make assumptions, however", Árnason said in an interview with the Iceland Review.

Local police officers said they will send the bodies for an autopsy, which will be conducted next week, and this will clear up the mystery as to what happened to the couple. Law enforcement said they have informed the Chinese Embassy about the incident.

The bodies were discovered on a path to the bizarre plane crash that occurred more than four decades ago. In November of 1973 a US Navy Douglas Super DC-3 plane came down on Sólheimasandur Beach.

© REUTERS / Thomas Mukoya
Dead Body of Stowaway Falls From Kenya Airways Plane in London's Clapham
While all five members of the crew survived, the plane suffered serious damage and for unknown reasons its rusty hulk has been at the crash site ever since the accident occurred.

The crash was blamed on a technical malfunction or human error – the jet was running out of fuel and the pilot reportedly switched to the wrong tank. The site has since become a tourist attraction, despite it being difficult to reach the area during bad weather.