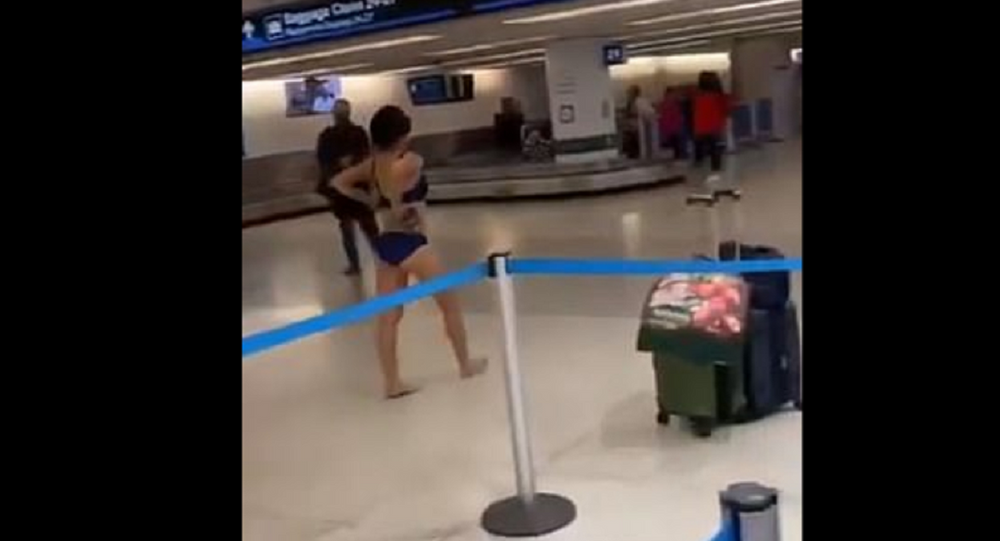 An unidentified woman has been arrested after stripping down naked and walking casually through Miami International Airport’s baggage claim area.

Footage shared online shows the woman strolling through the airport terminal in her blue bra and underpants before midnight on Wednesday while singing loudly to herself. She is pictured removing all of her clothing while walking and waving her bra in the air.

​According to CBS Miami, she eventually sat naked on top of a police car near the airport before being arrested by a police officer.

“It’s a shock. In fact, you wouldn’t believe what you’re looking at. It looks as if it isn’t real,” traveler Pru Ingelfield told CBS Miami.

According to police, the woman seemed incoherent and delusional when they were speaking to her and is receiving a psychological evaluation. CBS Miami also reported that the woman may have previously been arrested in November, although no details regarding that alleged arrest has yet been released.

Tay Credit, another passenger who heard about the incident, told CBS that she was surprised no one offered to help the woman.

“I would never expect to see something like that. That would probably make me bust down, and I would want to help,” Credit noted.

“That’s the only thing that did confuse me, was no one tried to help, or cover her up, women especially,” Credit added.