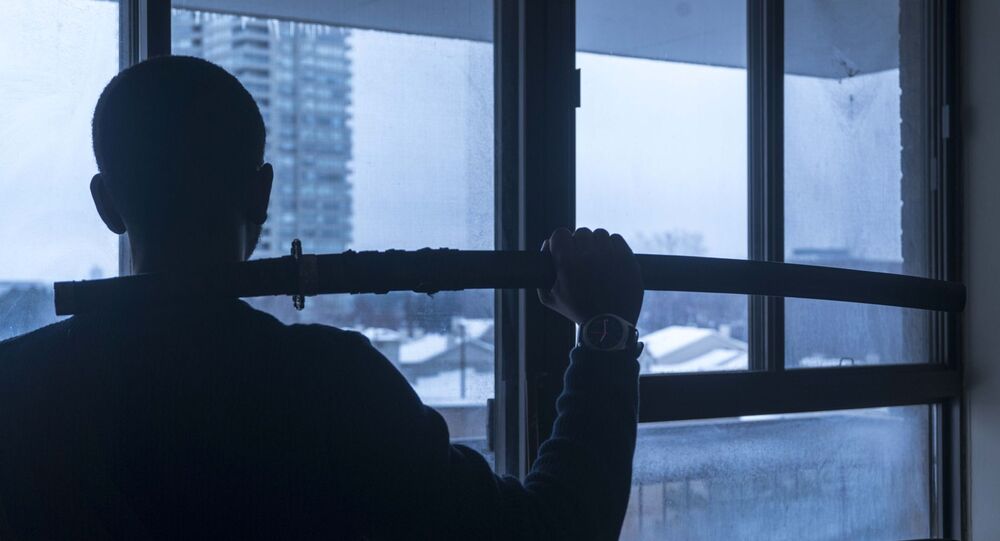 The attorney of the man’s former spouse asked the court to order her ex-husband to undergo psychological treatment after he picked a rather bizarre way to resolve the case.

David Ostrom from Paola in Kansas did not think twice before urging a court to allow him to use traditional Japanese swords to resolve a legal battle with his former wife, the Des Moines Register reports.

Sending a relevant request to the Iowa District Court in Shelby County, the 40-year-old insisted that duelling had never been “explicitly banned or restricted” in the US and that the method had been used “as recently as 1818 in a British Court”.

In the document, Ostrom underscored his desire to meet his ex-wife, 38-year-old Bridgette Ostrom,  and her attorney "on the field of battle where [he] will rend their souls from their corporal bodies”.

He added that his ex-wife had “destroyed [him] legally”, and requested that the court give him 12 weeks “lead time” so that he could forge katana and wakizashi swords.

The attorney, Matthew Hudson, immediately retaliated by lodging a resistance to the request, specifically pointing to the fact that the man had spelt “corporeal” incorrectly.

“Although [Ostrom] and the potential combatant do have souls to be rended, they respectfully request that the court not order this done”, Hundson noted.

He demanded psychological treatment for David Ostrom who in turn acknowledged the spelling mistake but denied any mental health-related issues.

No Means No: Court Denies Adoption of Adult Iraqi Man by Finnish Lady