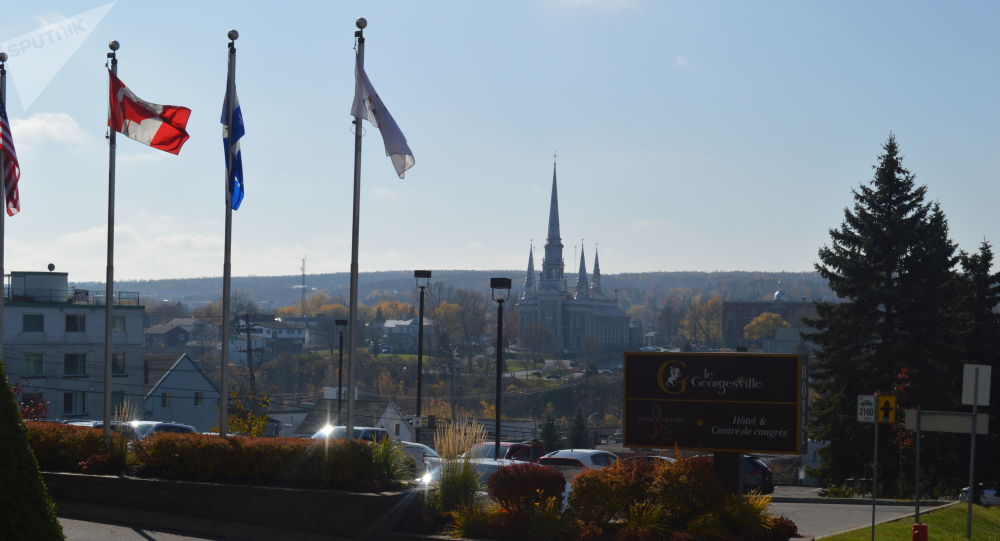 Although the victim's nephew was told by an employee of the care centre that the perpetrator had been arrested, a spokesman for the Toronto police said no one had contacted law enforcement over the issue.

A swastika was drawn on the bald head of an elderly patient at a nursing home in Toronto, Toronto.com reported. The victim is 65-year-old Larry Morrow, who suffers from Alzheimer's, Parkinson’s disease, and diabetes. Shane Morrow, who came to visit his uncle, said he initially thought that his relative had had an accident and that the black lines he spotted on his head were stitches. Upon taking a closer look, he realised that those marks were actually a swastika with a smiley face drawn in one of the symbol’s wings.

Outrageous! A caregiver at a #Toronto care facility drew a swastika on the head of an elderly patient with Alzheimer's and Parkinson's.

This is a hateful crime that must be investigated. pic.twitter.com/uT4a9l10RE

​Morrow said he immediately questioned a staff member over the incident, who then told him that actually two swastikas were drawn on his uncle - one on the back and the other on the head. The staff member told Shane that employees at the care centre were only able to wash off the one on his relative’s back. “She then attempted to scrape off the swastika [on the head] with her fingernail", Shane told Toronto.com.

The young man revealed that he became worried as to how someone had managed to draw swastikas on his uncle’s body.

"I was thinking: How did he get his shirt off? Why was his shirt off? Did this guy pull his shirt over his head and was abusing him?" Shane told Toronto.com, noting that he also spotted bruising on his uncle's arms.

The young man also said that his uncle was unclad and his room was dirty. "The smell of faeces, the smell of urine, I could not believe it. It was to the point that I wanted to grab my uncle, throw him on my back and get out of there. That’s how bad it was", he said.

Shane said he was told by the staff member that the person who drew the symbols was a young man and that he had been arrested. However, a spokesman for the Toronto police said that no report had been filed over the issue.