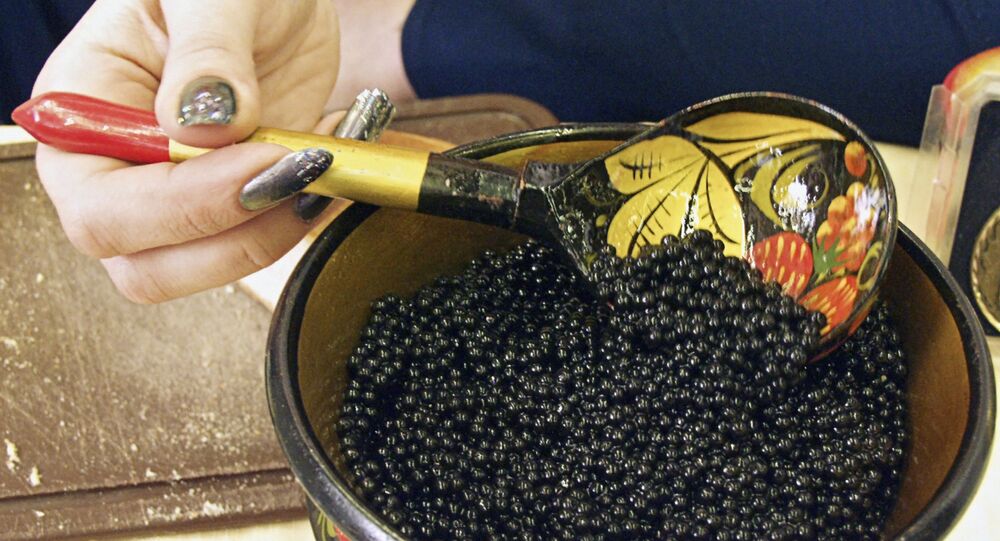 The culinary preferences of Soviet leaders, including Vladimir Lenin, Joseph Stalin and Nikita Khrushchev, have already passed into the history books.

Eating delicious food is certainly not something to be scoffed at - either by ordinary people or the ruling classes. In this regard, here is an insight into how an array of Soviet leaders managed to make their personal contribution to the history of cooking, possibly without even knowing it.

Legend has it that the founder of the Soviet state Vladimir Lenin preferred to drink carrot tea during the tough times of the 1918-1921 Russian Civil War.

In fact, Lenin, like many other people, preferred to make this drink from typical tea leaves, according to culinary historian William Pokhlebkin.

He was echoed by another culinary expert Pavel Syutkin who explained that Lenin “was not accustomed to good cuisine” and often ate cold food, including eggs.

Touching upon one of Lenin’s trademark cooking recipes, Syutkin cited the Soviet leader’s associate Nikolai Valentinov as saying that the recipe pertains to a usual bread-and-sausage sandwich.

A rather curious recipe was related to the so-called “crumb inkpot” filled with milk, Lenin’s go to recipe which he used when he was in prison. He was thought to write secret letters using milk and was always ready to eat “the inkwell” during a possible search in his jail cell. Such letters could only be read after a sheet of paper was heated for some time.

Another legend had it that top Soviet officials used spoons to eat caviar during the Civil War, something that Syutkin said was based on the historical evidence.

“In 1919, the commander of the Caspian Flotilla, Fyodor Raskolnikov, captured several barrels of black caviar in Astrakhan. On New Year’s Eve, each and every senior Soviet official got a bowl of caviar and a piece of bread at the dining room of the Council of People’s Commissars.

Although many failed to eat it, rumours about officials eating great deal of caviar swiftly spread across the country at the time”, Syutkin said.

Tub With Cucumbers and Sashimi Siberian-Style

In the 1920s, Soviet leader Joseph Stalin was unpretentious in food, with eyewitnesses recalling that there was a tub with cucumbers at the hallway of his residence.

The daughter of Stalin’s personal guard, in turn, recalled, Stalin was very fond of picnics and that they “went to the mountains”, taking with them kebabs, as well as sandwiches with caviar and sturgeon.

High-ranking Soviet official Anastas Mikoyan, for his part, noted in his memoirs that it was Stalin who supplemented the Kremlin menu with the so-called stroganina, frozen fish or meat cut into thin slices which can be described as sort of sashimi Siberian style.

“At first, it was disgusting to even touch it. But then I liked it. Deeply frozen like a stone and thinly cut with slim pieces, it immediately served on the table so that it would not be defrosted”, Mikoyan said.

He added that Stalin adored fish in all forms and that Danube and Kerch herring were always on the Kremlin dining table.

Mikoyan claimed that Stalin’s other choice of food was bananas and that after the WWII, the Soviet leader even proposed importing the fruit for some large cities in the USSR.

As for one of the dishes, allegedly invented by Stalin, it was the following, Mikoyan recalled.

“Eggplants, tomatoes, potatoes, black pepper, bay leaves, slices of low-fat mutton were mixed in a large cauldron. The dish was served hot when prepared. Coriander and other herbs were also there and all this was called ‘Aragvi’”.

Many food experts have repeatedly scratched their heads over the Stalin recipe, especially given that a similar dish, “chanakhi", has always been part of Georgian cuisine.

Soviet leader Nikita Khrushchev's eating preferences were believed to be peasant-style and included dumplings with sour cabbage and onions, as well as cottage cheese, sour cream, potatoes and cherries.

Syutkin, in turn, asserted that “Khrushchev in his heart.. is a man of the south”.

“For him, Ukrainian borsch and fat is an ideal cuisine, but over time, taste habits had to be changed in order to maintain health,” Syutkin added.

He specifically pointed to the fact that Khrushchev’s rule saw the “revival” of eggplant spread, which many in the USSR used to call eggplant “caviar”.

“It was produced on such a scale that Soviet store shelves were literally piled with the product. Even cats were fed with eggplant ‘caviar’ at the time”, Syutkin said, adding that there are no references to any of Khrushchev's cuisine recipes.

As for General Secretary of the Soviet Union’s Communist Party Leonid Brezhnev, he adored poultry and cooked it all by himself, sending the meat of animals and birds he had hunted to friends, according to Syutkin.

He concluded by describing Brezhnev’s successors as state leaders who had no clear-cut cuisine habits.