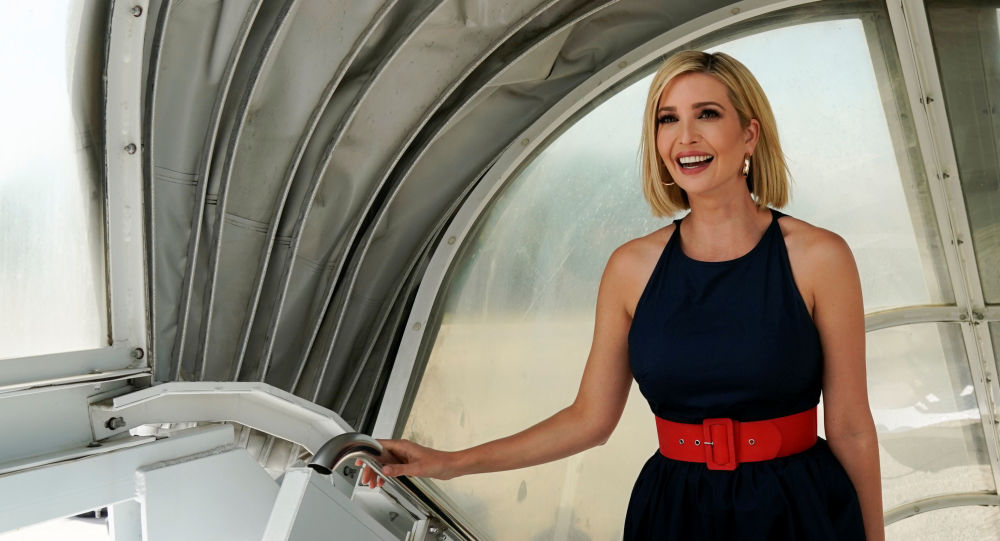 Ivanka Trump has returned from her French getaway in the run-up to the traditional family gathering on New Year’s Eve, turning heads at her Dad’s Mar-a-Lago estate in a red satin floor-length gown, with a short cape completing the festive outfit.

She is shown in pictures attending the presidential event holding the hand of her 8-year-old daughter, Arabella.  Ivanka’s husband and policy aide Jared, as well as the White House advisers’ two other children are also seen in attendance.

The hosts, the first couple, sparkled no less, with Melania’s attire consisting of a black ombre dress with numerous sequins on the upper part and President Trump looking solemn in a black tuxedo and a black bowtie.

Trump says he would be happy to have an impeachment trial in the Senate but doesn’t really care. pic.twitter.com/4eeHcjyCMG

The rest of the family was also seen visiting the luxury estate, including son Donald Trump Jr. and his girlfriend, Kim Guilfoyle, son Eric Trump and his wife, Lara, lawyer and former New York Mayor Rudy Giuliani, and Ben Carson.

Around Christmas, part of the extended presidential family- at least Ivanka and Jared- were spotted enjoying a vacation in Paris, with the possibility being that they don’t observe the main Christian holiday to the same extent as the rest of relatives, as years earlier, Ivanka had converted to Judasim to marry Kushner.