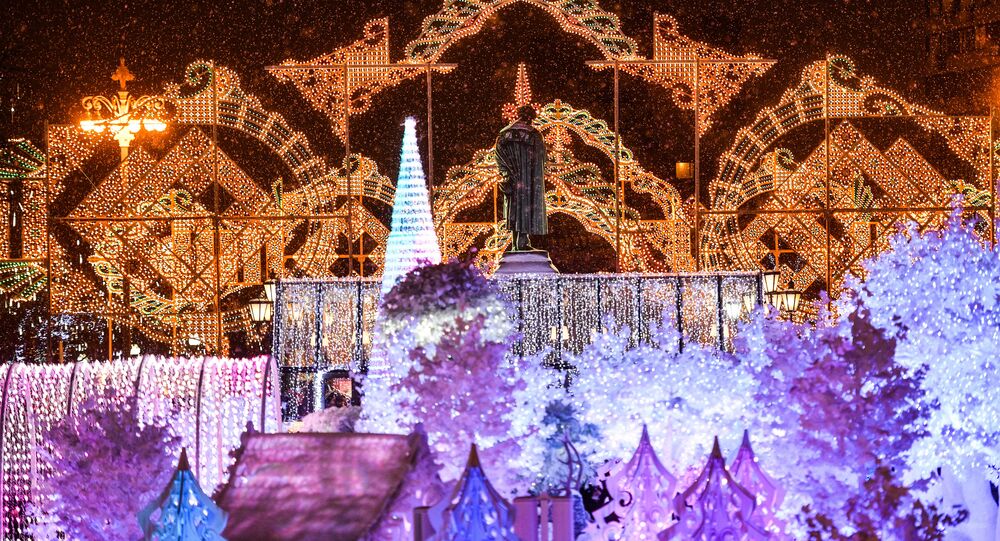 Moscow's main tourist sites, such as the Red Square, VDNH (Exhibition of the Achievements of the National Economy), Park Pobedy, Tagansky Park, and Tverskaya Street will be lit up with New Year fireworks on 31 December.

Muscovites and visitors of the Russian capital are gathering in the centre of the city to greet the year 2020 in style and to watch fireworks in different locations.

Another festive programme, called "Winter's Tale of VDNH", has an ice show, performances by musical and choreographic groups, as well as DJs, dances, a carnival parade, games, and fireworks.

Fireworks on New Year's Eve will be seen in all metropolitan areas. The first series of fireworks will be set off in the vicinity of the Red Square at exactly midnight. A five-minute show will be best seen in Zaryadye Park and in the surrounding streets.