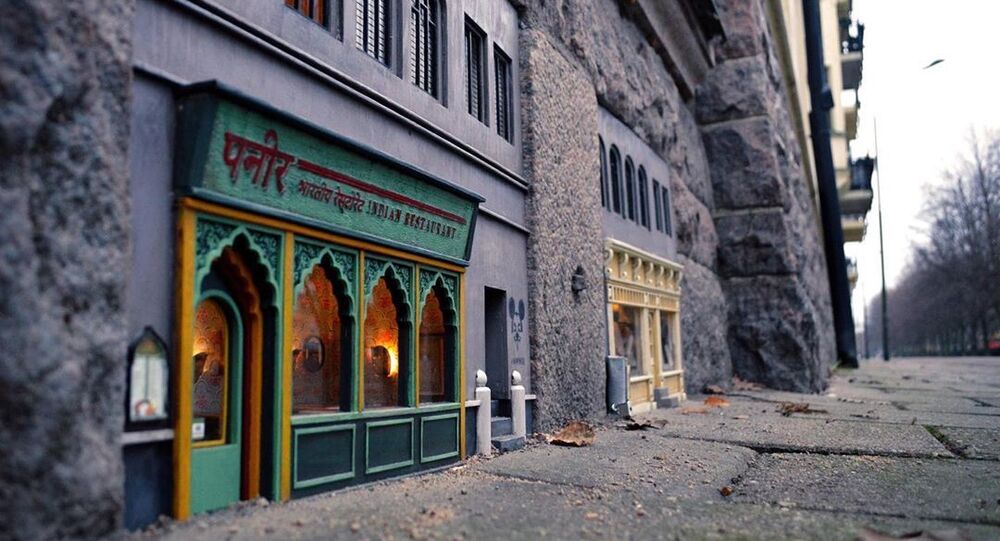 Since 2016, when a miniature French nut shop and an Italian restaurant for mice first appeared in Malmö, the art group Anonymouse has been seeing success throughout Sweden, despite retaining its anonymity.

During Christmas season, the anonymous artist network Anonymouse, whose claim to fame is mouse-themed installations, has made its fans' day by further broadening its assortment of services for mice.

This time, the new businesses for mice include a second-hand, or rather second-paw, shop and an Indian food restaurant.

“Happy Yuletide everyone! We hope your evening has been spectacular. During Christmas Eve a little restaurant and a second-paw shop opened in our home town of Malmö. Feel free to swing by when you have the time”, the group announced on Instagram.

English below! _________________________________ God Jul allihopa! Hoppas ni har haft en fin kväll. Under Julaftonsnatton öppnades det en liten restaurant och en andra tassbutik i Malmö. Kom gärna förbi i dagarna! Happy Yuletide everyone! We hope your evening has been spectacular. During Christmas Eve a little restaurant and a second paw shop opened in our home town of Malmö. Feel free to swing by when you have the time. #anonymouse #anonymousemmx #paneer #emmus #malmö

The announcement delighted many fans, amassing dozens of cheers and glad comments. Many admitted that they have been long waiting for the group to pop up and are now eager to visit Malmö to pay tribute to its mouse community.

Like the group's previous works, the new facilities are mouse-size, situated on the ground level and easy to miss. Many wondered about the new establishments' whereabouts until the exact location was found out through a combination of fieldwork and Google Maps – at the junction of Kungsgatan and Sturegatan streets.

The group later thanks its loyal crowd for all their posts and visits.

“Apparently there has been a constant stream of people all day. And possibly one or two dogs as well”, Anonymouse wrote.

Miniature houses and services for mice first appeared in Malmö in 2016, becoming Anonymouse's trademark style rooted in dock house nostalgia. Similar mouse-themed installations have since appeared in Stockholm and Borås as well.

Anonymouse's legacy includes an Italian restaurant called Il Topolino (“Mickey Mouse”), a barbershop called “Hair and Furever” and hostel “Paw in paw”, as well as a dancing studio for mice and a detective agency that solved a mysterious crime involving a high-profile cheese heist. Still other feats include a hotel named “Stilton”, a bookshop and even an entire Tivoli-style amusement park. The mouse saga has even mushroomed abroad, with a travel agency and jazz club started in Bayonne, France.

Life on the streets can be dangerous. One second you're enjoying some smooth jazz, the other second you're running for your life. Photo by @albanmorlot . #pointsdevue #anonymouse #anonymouse_mmx #bayonne #sacreblues #anatole