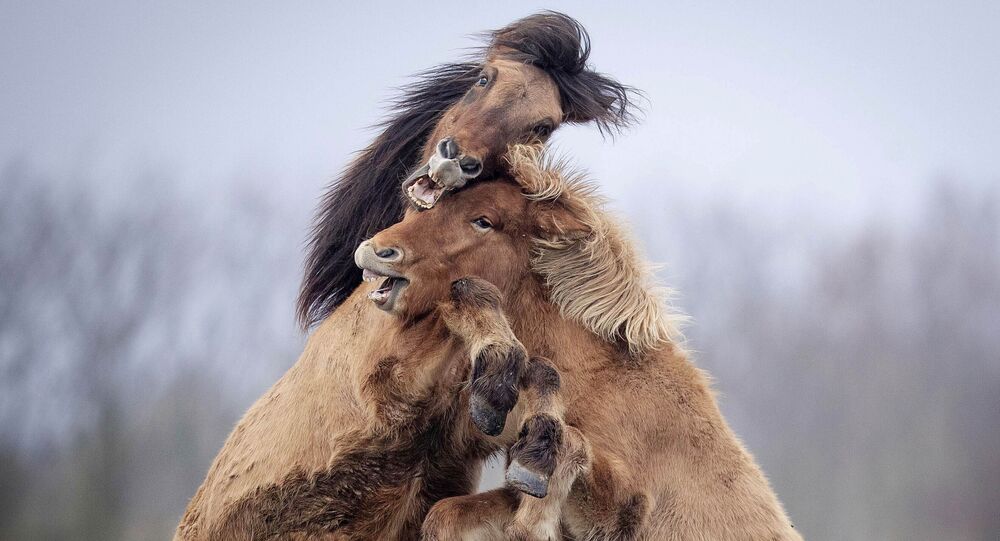 Dozens of Icelandic horses traditionally kept outside for lack of stables have perished in last week’s storm. Many of the surviving animals suffer from extreme exhaustion.

A heavy snowstorm that swept across Iceland last week has buried hundreds of Icelandic horses left outside. More than 80 horses have been found dead, and over 100 are still missing due to conditions veterinarians called unprecedented, the news outlet Iceland Review reported.

In December, Iceland was hit by three severe snow blizzards. At least 42 centimetres of snow has fallen around Reykjavik, which is the largest amount of snow since 1937. The storm hit Iceland's population of roughly 100,000 horses, who are kept outdoors even during wintertime the worst.

“There was no way to reach these horses for two or three days. The horses were completely out of sight. In such conditions, there’s nothing you can do, the horses were without food or water for all this time”, Sigríður Björnsdóttir a veterinarian at the Icelandic Food and Veterinary Authority (MAST) stated. Based on her 25-year experience, she called the storm the most fatal natural disaster for Iceland’s horses in decades.

While most of you are probably still waiting for the first snow, a huge snow storm is raging over Iceland these days! In some parts of the country, there will be over one meter of new snow until tomorrow evening! ❄️ winter has definitely arrived! ☃️ #horsesoficeland 📸 by @der_katha_log

As the storm was uniquely devastating, she contested that farmers can't be faulted for failing to take appropriate measures.

“This is happening to experienced people. It isn’t a question of negligence. It’s simply the result of unprecedented weather conditions”, Sigríður Björnsdóttir said.

Ingunn Reynisdóttir, a fellow veterinarian, described local farmers as downhearted and exhausted, both physically and mentally.

“They are just completely spent, and to make matters worse, they’ve been accused of animal cruelty by the media”, she said.

According to Björnsdóttir, keeping horses outside is a tradition that is unlikely to change. Keeping the animals inside is not an option for the lack of stables. Icelandic horses have been kept outside ever since the country was settled in the late 800s. Most Icelandic horses are still kept in the open all year round, with the exception of riding horses.

“The Icelandic horse has lived in Icelandic nature for centuries and is especially well suited to the outdoors all year round. The main benefit of being outside is freedom, where the horse’s natural behaviour goes unimpeded. The horses diet is often times more diverse if they are kept outside, enabling the horses to better regulate their body temperatures, as they have a thick winter coat”, MAST said.

Wintry while walking to work in Akureyri, Iceland this morning 18th December. Thanks to Stella Árnadóttir #severeweather #snowfall #ExtremeWeather pic.twitter.com/MDKrieSTv1