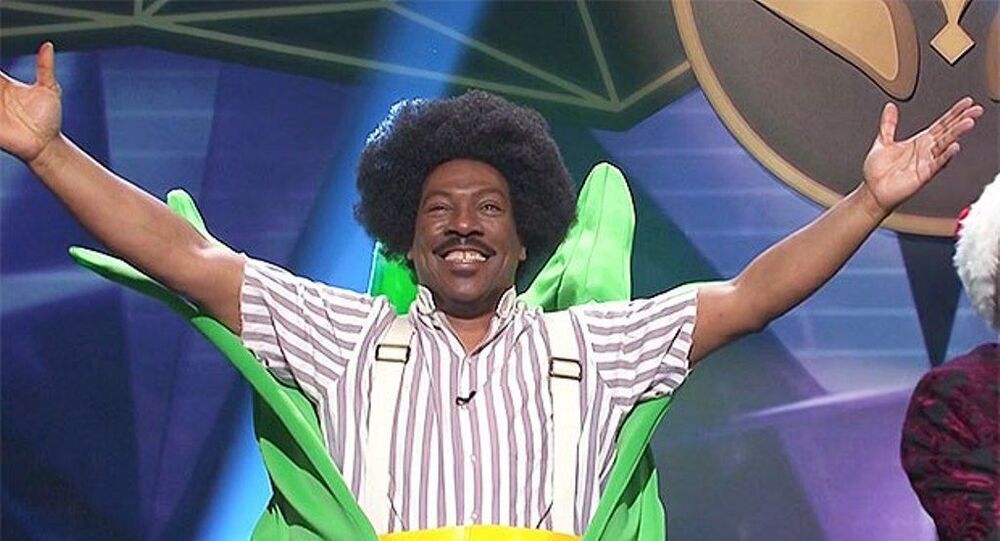 The comedian was a cast member on NBC’s comedy show in the 1980s, famous for his popular skits and characters such as “Mister Robinson neighborhood”, “Gumby” and “Buckwheat”.

American singer, actor and comedian Eddie Murphy returned to “Saturday Night Live” on NBC after 35 years of absence from the comedy show. The actor hosted Saturday’s episode of the programme and started the show by expressing to the audience, who welcomed him cheering and clapping, how happy he was to return.

“It's great to be back here finally hosting 'Saturday Night Live' for Christmas," Murphy said. "This is the last episode of 2019, but if you're black this is the first episode since I left back in 1984,” the actor said during his opening monologue.

During the show Murphy was presented with a picture of him when first started on the show in 1980. “I look at least five years younger there,” he commented on the photograph, adding “You know what they always say, 'money don't crack.”

Words can't describe how satisfying and awesome it is to see Eddie Murphy not only return to host #SaturdayNightLive but also bring back "Mister Robinson's Neighborhood" for the first time in 35 years (which Mister Rogers himself actually enjoyed).

Murphy made an appearance at the show's "Weekend Update" segment, where he unexpectedly broke into the scene.

"What am I doing here? The question, Michael Che, is how the hell are you going to put on a show and not have me in the show until now?! I should've been in every damn sketch!,” Murphy as Gumby yelled in response to actor Michael Che's question on what he was doing in the "Weekend Update" segment.

Murphy also played his famous Buckwheat in another sketch, as a contestant on Fox's “The Masked Singer”.